The Central Bank of Kenya (CBK) has sent out a circular to all banks warning them against dealing with virtual currencies or entities dealing in digital currencies like Bitcoin.

While speaking before the National Assembly Committee on Finance at Parliament Buildings, Dr. Njoroge, the CBK Governor, said that cryptocurrencies are anonymous and lack central oversight which makes them prone to money laundering and terrorist financing.

The CBK warning comes in the wake of World Bank Senior VP, Mahmoud Mohieldin, who on Wednesday, at the Euromoney East Africa Conference, referred to Bitcoin as the ‘biggest bubble in history.”

A guidance note has also been issued to all commercial banks requiring them to appoint money laundering reporting officers to track and prevent the activity and terrorist financing.

“There are risks associated with cryptocurrency particularly on consumer protection, fraud, hacking and loss of data and they are prone to be used as pyramid schemes,” he said.

Joe Mucheru, CS, ICT, Kenya, however, has pointed out that there is no specific law in Kenya that regulates cryptocurrencies in Kenya. Speaking during the launch of the Blockchain TaskForce in February, Mucheru mentioned that the Central Bank Act does not recognize virtual currencies unless the law is changed.

Back in 2015, CBK had warned the public against trading in virtual currencies like Bitcoin, after Safaricom cut the link and moved to court to have BitPesa’s M-PESA mobile money service from being reinstated. 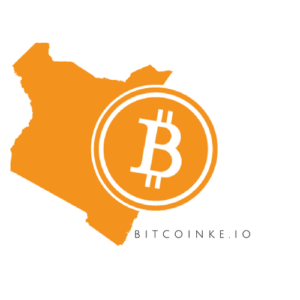 ABOUT US
BitcoinKE is your one-stop destination for all things Bitcoin, cryptocurrencies, and Blockchain in Kenya and Africa. We cover news, events, meetups, and interviews with founders and experts in the cryptocurrency and Blockchain space on the African continent. Everything Decentralized !
Contact us: [email protected]
FOLLOW US
© All Rights Reserved. www.bitcoinke.io 2018.