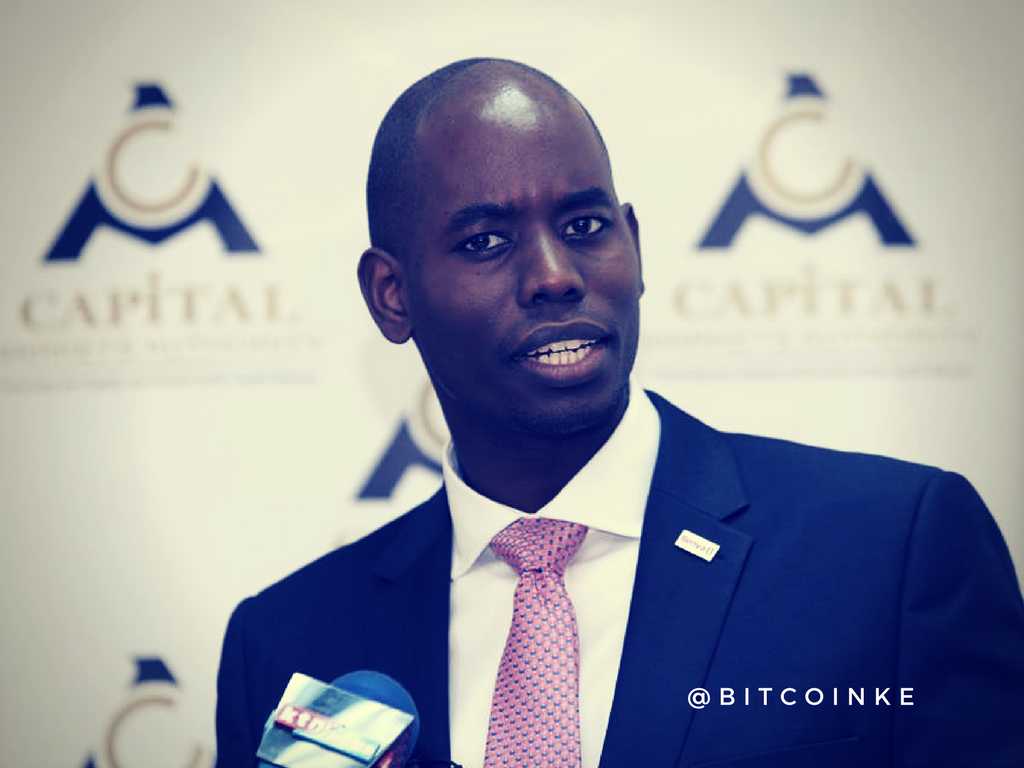 Muthaura, CEO, CMA, Speaking during the launch of the Capital Markets Soundness Report.

Capital Markets Authority has released a ‘Soundness Report’ that seems to indicate the need to set up a regulatory body for cryptocurrencies and Initial Coin Offerings (ICOs) in the Kenyan market.

According to the Q1, 2018 report, ‘the debate is on as to the ideal regulatory perimeter within which these virtual currencies that use decentralized technology operate.’

The report comes just 2 months after the CBK Governor warned banks to stay clear of cryptocurrencies and after the CS, ICT, Joe Mucheru, set up a Blockchain Taskforce to oversee regulation in the space.

One of the major concerns highlighted in the report was the volatile nature of cryptocurrencies like Bitcoin.

The report notes that “this volatility in price fluctuation remains a concern, even as regulators seek to strike a balance between managing the risks that accompany innovations and avoiding being an impediment to market led innovation. The debate is on as to the ideal regulatory perimeter within which these virtual currencies that use decentralized technology operate.”

ICO Regulation and Other Concerns

The report goes on to say that “the Authority Vide a cautionary notice on 21st
February,2018, warned investors against taking part in Initial Coin Offerings (ICOs), indicating that to date the Authority has not approved any ICO, taking the position that the ongoing offerings are unregulated and speculative investments with considerable risk exposure to the investor.”

The report points to the following as cause for worry:

The report goes on to give the following recommendations based on the existing concerns: