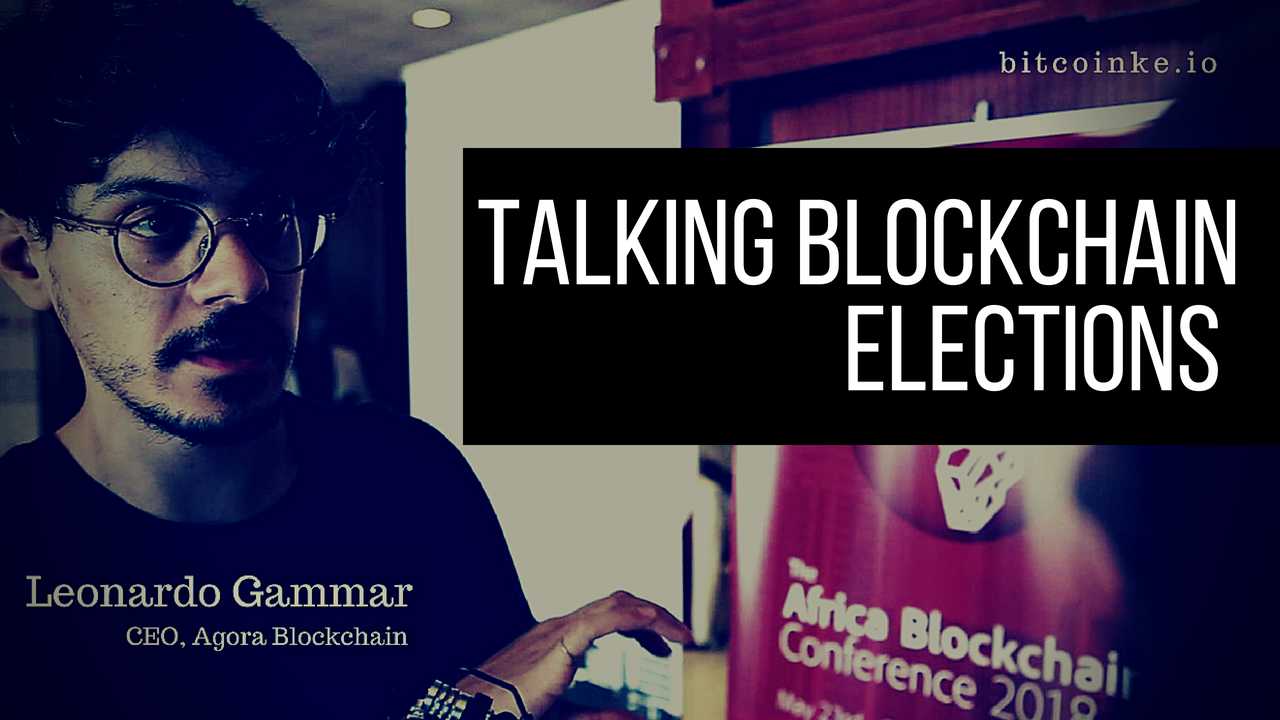 Leo Gammar, CEO, Agora Blockchain, discusses what they learned from the Sierra Leone Elections and takeaways

Voting is one of the most hyped use cases for blockchain especially in Africa. The Agora blockchain is specifically built to enable this use case.

We caught up with the CEO of Agora Blockchain during the Africa Blockchain Conference in Kampala, Uganda, to discuss blockchain voting in Africa, lessons learned from the Sierra Leone Elections, and what to expect from Agora in the coming months.

Check out the video above.

Agora is set to improve the process of carrying out elections with its blockchain-based voting ecosystem that solves the inefficient, costly, and unreliable nature of modern voting systems. Agora’s voting system offers “end-to-end verifiable voting technology that eradicates fraud and corruption by creating a complete, auditable, undisputable, open and transparent record of the election on a custom blockchain.”

The Agora blockchain is maintained by node operators that ensure tamper-proof and 100 per cent verifiable elections. The node operators include the consensus and citizen auditor nodes. Consensus nodes are neutral third-party organizations that process transactions and offer a consensus on Agora’s blockchain. On the other hand, citizen auditor nodes are individuals who voluntarily enter a contract with Agora to “verify the election process by auditing the consensus mechanism.” The Agora ecosystem has a native token called VOTE which incentivizes individuals and selected organizations to act as election authenticators thereby contributing to the security and transparency of elections. Currently, Agora is holding a token presale with the crowdsale scheduled for August 2018. VOTE is an ERC20 token with a total supply of one billion.

Once a government or organisation contracts Agora to run an election, part of the money paid is used to buy the election reserved tokens. At the end of the election, Agora pays the node operators in VOTE so that they can process and verify the results.

The Benefits of the Agora Voting Ecosystem

In March this year, Agora demonstrated how blockchain technology can be applied in the voting system during the Sierra Leone elections. The demo involved manually recording every ballot on the blockchain using a digital device as election observers counted out the votes. This is contrary to earlier reports from the company alleging that part of the elections was run on the blockchain.

Agora’s CEO, Leonardo Gammar said: “There was some miscommunication on our behalf and I think we learned a lot because of it. We made a few mistakes when speaking to journalists and when we sought to clear it up, it was all too late.”

Agora and Sierra Leone’s National Electoral Commission (NEC) are still in good terms despite the miscommunication on Agora’s part. Gammar explains: “We have a very good relationship with the NEC. I spent a lot of time in their offices and they have a very entrepreneurial spirit when it comes to Blockchain; they are keen to understand it more.”

Although the blockchain has not yet been used to run an election, the potential of the technology to improve the process cannot be doubted. In Africa and particularly in Kenya where elections in recent years have been marred with irregularities, a blockchain-based election process would go a long way in creating trust and eliminating violence.