Breaking Borders with Blockchain Technology: Exploring the Possibilities for Africa 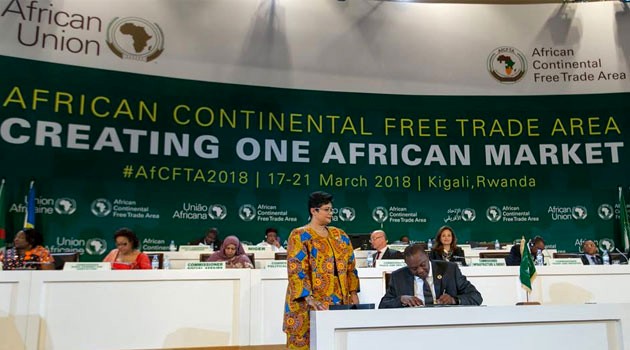 The world is currently experiencing ironical situations where the US is constructing a wall to the South while the UK is exiting the European Union as the rest of the world makes efforts to break down borders.

The irony is further emphasised by the fact that these two countries are right at the centre of adopting blockchain, a technology that has the potential to make the world borderless.

That said, Africa is demonstrating a great example of breaking borders through the free trade agreement signed this year. This indicates a growing need for African countries to break borders and trade with each other more than they presently are.

According to the new South African President Cyril Ramaphosa, the next natural step for Africa is creating a single currency.

COMESA has also laid out plans to apply blockchain technology for its digital free trade area to improve the time it takes for parties to transact and for documents to be processed.

Recently, Kenya’s blockchain and AI taskforce recommended the creation of a digital currency, a step that could make a huge impact in the country if adopted. However, the idea of a digital currency could even have a greater impact if it was applied to the entire continent instead.

Currently, someone in Kenya cannot buy a product from a Nigerian merchant directly because of the obvious currency barriers. However, with an African digital currency built on the blockchain, the payment possibilities are endless.

For instance, Bitpesa’s blockchain-based platform is using bitcoin to reduce the barriers of sending remittances and making cross-border transfers.

Smart contracts also have the potential to make the world borderless where parties can transfer assets such as land on the blockchain without meeting in person. In this case, digital currencies are used to make payments once both parties fulfil their end of the contract.

In reality, breaking borders is not an easy task. President Ramaphosa acknowledges that it may take time for Africa to use a single currency but there is promise because “people are now thinking beyond the borders of their own nation.”

EXPLAINER: What is Smart Contract Auditing and Why Should You Demand for One?