Tulaa, a mobile commerce platform that allows farmers to save and borrow, earlier this month, received $627,000 in seed funding, according to Disrupt Africa. The funds will enable the Nairobi-based firm to expand further into the East African region.

The investors that contributed to the seed funding include AHL Venture Partners, Beyond Capital, Rafiki Ventures, and Global Partnerships/Eleos Social Venture Fund.

“Four out of five families in Africa depend on agriculture for their livelihoods, but many are trapped in a cycle of poverty driven by lack of access to inputs, finance and markets. The unmet demand for smallholder finance alone in Africa is about US$30 billion. In Kenya, less than four per cent of all bank loans go to the agricultural sector.”

Eradicating the Barriers that Farmers Face

Hillary said Tulaa is the only end-to-end platform in Kenya that is eliminating the barriers that farmers face when accessing inputs, finances, and markets.

The agri-centric startup also received grant funding from USAID and CGAP and won the Facebook Africa Innovation Challenge in 2017.

Tulaa currently operates in Kenya and Ghana and could expand internationally at some point in the future.

“We are focused in Kenya for now. Our plan is to break even in Kenya before expanding to other markets in East Africa,” Hillary explained.

Recently, Kenya’s blockchain and AI taskforce announced plans to integrate blockchain technology into the agricultural supply chain to allow consumers to track and trace the origin of their food. Tulaa could be a possible partner for this project since it already has a network of farmers who could benefit from the trust the blockchain offers when establishing a niche market.

Tulaa is a mobile commerce solution built for rural Africa. The solution combines mobile technology and last mile agent networks to connect agri-input suppliers, financial service providers and commodity buyers to smallholder farmers. The aim is to lower the cost and risk for doing business with farmers. 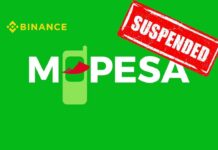