We spoke to the Chairman of the Blockchain Association of Kenya, Mic Kimani, in a Q&A, to get his opinion on the recent announcement by the IEBC of its intention to use blockchain for the next election process.

Here is what he had to say:

How exactly will Kenya use Blockchain during Elections?

The Chairman of Kenya’s Independent Electoral and Boundaries Commission, Mr. Chebukati
was quoted by the Standard as saying “that the country is considering blockchain technology to offer real-time results, as part of reform efforts to enhance the integrity of voting.”

He did not reveal much else about the nitty gritties and how it would be executed. It has become norm for executives to make broad sweeping statements about how blockchain will be used for X or Y without delving into specifics.

In my experience, blockchain is a pretty loaded term. What I assume he means is that they will use some kind of distributed ledger technology. Any deployment of such a technology can realistically only be implemented at one of 3 key points in the electoral system:

First of all, the technology is still nascent and beyond cryptocurrency, there isn’t really much to show in terms of a working blockchain application at scale. So my first instinct is to ask which technology they will use, and where they will source it from.

The second point, is even if we assume the technology is available, we would still need to
change the current laws governing the electoral process. People forget blockchain is not just about a technology stack, it comes with a governance layer that requires moving the furniture around. What I mean is, because the technology now allows multiple parties to participate within transparent consensus process at different points, we have to craft rules to cater for this new ability.

Is this a Positive Development? If so, Why? What will it Bring to the Process?

It is commendable that a high ranking official of Kenya’s election body is on record for wanting to adopt blockchain technology – commonly associated with traceable audit trails and transparent records for Kenya’s ever contentious national elections. We all know, history has not been kind.

However, talk is different from execution, so I am waiting to see the exact details on how exactly they plan to accomplish this transition. If they were to succeed in introducing a functioning Distributed ledger technology within the electoral structure, along with the required governance changes, then we should expect a significant improvement in the ability to audit the election results and minimize tampering of results compared to the current system.

It all comes down to the design and governance model in this new post – blockchain electoral process. I emphasize governance and will continue to do so because governance is the protection of any system from non-technical threats. Like voter buying, or greased officials. There is no amount of technology whether blockchain or what have you that can completely eradicate non-technical threats and the greed of men. This is a lesson the broader blockchain industry has had to come to terms with and began having meaningful discussions about governance.

Are there any Potential Negatives or Problems that Could Result from it?

Part of my formal training background and work experience was in technology. So, as a
technologist, I believe if it is properly executed, then there are no negatives compared to what we have now. Having a distributed ledger for processes that were centrally controlled is an improvement on the end to end process.

This is not a concern for me because, if we can get the specifications right to the teeth, and come up with a feasible design then it can be implemented by the technicians.

Unfortunately, the technology is still nascent, and besides cryptocurrency, I have not come
across any deployment at scale. So I am skeptical about an implementation in time for the next elections.

As a Kenyan, I see potential challenges in effecting the necessary governance structures to
make this dream a reality. Technology cannot do everything, and the rest of it is really up to us humans, Kenyans. I mean the laws we put in place, the institutions we erect, the audit procedures we set out to check where the technology falls short and most importantly, how we resolve disputes in the event of any.

Unfortunately, we have a poor history when it comes to governance.

Michael Kimani is a consultant and Chairman of the Blockchain Association of Kenya. He thinks out loud on twitter @pesa_africa and shares his refined thoughts on his thought leadership blog, Kioneki. 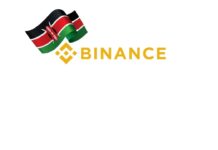 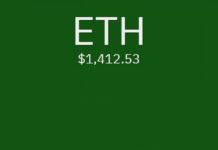