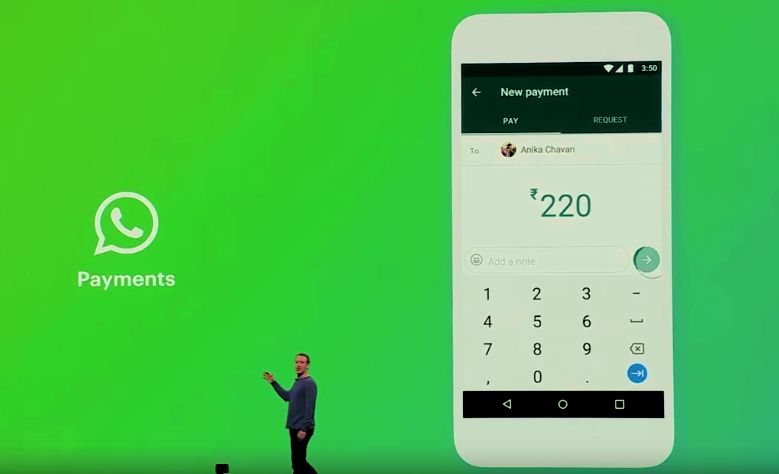 Facebook will be launching a WhatsApp payment feature to users globally soon, according to the CEO of Facebook, Mark Zuckerberg, during the recently concluded F8 2019 developers’ conference.

The payments feature will enable businesses to now accept payments from customers in addition to the existing ability to interact with customers via alerts and the new product catalogs.

“Payments is part of the vision that I am particularly excited about,” said Zuckerberg during his keynote.

“I believe it should be as easy to send money to someone as it is to send a photo. We’re already testing this in India. We have about a million people. It’s already being used a lot and the feedback so far is great. We’re already working on rolling out in a number of countries later this year.” Said Zuckerberg.

Facebook believes that the future is private and intends to solely build its products with privacy in mind over the next couple of years. Payments is just one of the ways the company is looking to bring this privacy-focused vision to life.

In some countries, more people have WhatsApp accounts than bank accounts. The ability to send money as easy as it is to send a message via WhatsApp is likely going to revolutionize the payments industry as we know it.

By layering payments on top of private messaging, Facebook will position its products in a much more attractive way to both businesses and individuals looking for more private experiences that offer holistic features. Payments is no doubt at the heart of it.

5 Advantages Bitcoin Has Over Credit Cards