[VIDEO] The City of Johannesburg, South Africa, Website Hacked with the Hackers Demanding Payment of 4.0 Bitcoins 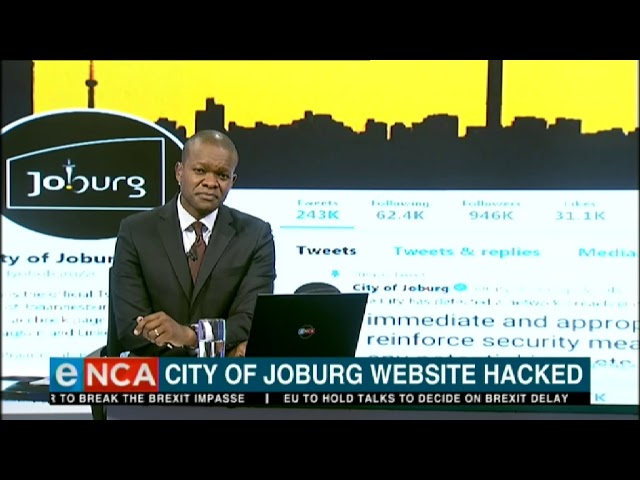 The City of Johannesburg website has been hacked with the hackers demanding payment of 4.0 bitcoins.

Local dailies in South Africa are reporting that the hacker group, named Shadow Kill Hackers, are demanding the payment by October 28th, 2019 by 5:00 PM failing which they will upload all hijacked data onto the Internet.

On its official Twitter handle, the City of JoBurg said that it had ‘detected a network breach whcih resulted in an anauthorized access to our information systems […] The incident is currently being investigated by City of Joburg cyber security experts, who have taken immediate and appropriate action to reinforce security measures to mitigate any potential impacts.”

The City has detected a network breach in its systems ^TK pic.twitter.com/r43iiJiUya

In addition, the City of JoBurg spokesperson has said that the hackers will not get a cent from their attempt to extort money.

Following the hack, the city has shut down several customer facing systems that include the city’s website, e-services and billing systems as a precaution.

Ransom payments in cryptocurrencies are becoming commonplace in Africa. Recently, a kidnapper demanded payment of $15,000 in Bitcoin for the release of a Nigerian politician’s daughter and this trend is only expected to continue.