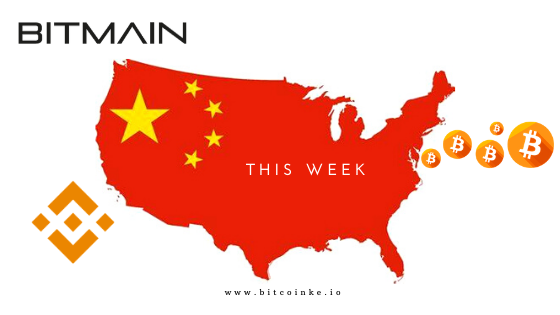 This week in blockchain and crypto had some particularly key milestones as the bitcoin white paper turned 11 years old. In addition, it also saw key decisions made around regulation which will no doubt have far-reaching effects for the industry.

This week saw the bitcoin white paper mark its 11th anniversary. The peer-to-peer decentralized system now boasts 11 years of service which closely coincided with the mining of the 18-millionth bitcoin, leaving only 3 million left.

This week also saw bitcoin fees collected reach a whooping $1 billion in total earlier in the week. While the cumulative amount of bitcoin transaction fees converted to USD amounts to roughly $1 billion, the amount is actually much larger if you consider the market value of bitcoin today. According to some estimates, at today’s price, the actual value of bitcoin should be about $1.86 billion and this cumulative size on the bitcoin network is only set to grow.

Following China’s President, Xi Jinping, push for the country to capitalize on blockchain technology, China’s Central Bank, the People’s Bank of China, has released the first list of fintech products that could be used for digital payments with 11 types of financial technology hardware and software for digital payment and blockchain services set to be certified.

Binance was again on the news this week after quietly launching Ruble trading on its platform. Users will now be able to deposit and withdraw in Rubble. Russia is one of the biggest markets of Binance Exchange despite the country not having a formally regulated crypto industry. This comes a few days after Binance CEO, CZ, said that Russian President, Vladimir Putin, is the most influential person in blockchain.

Bitmain was again on the news this week as rumors of in-fighting among the two partners went public. Bitmain, which enjoys 75% market share of the crypto hardware market worldwide, scrapped an IPO in 2018, and the currently power struggle is expected to further derail the US IPO plan and bring less trust to the company by both Bitmain customers and normal investors, who are all watching this unfold.