The State of the Blockchain Industry in Uganda – Q&A with Robert Kirunda, Blockchain Association of Uganda 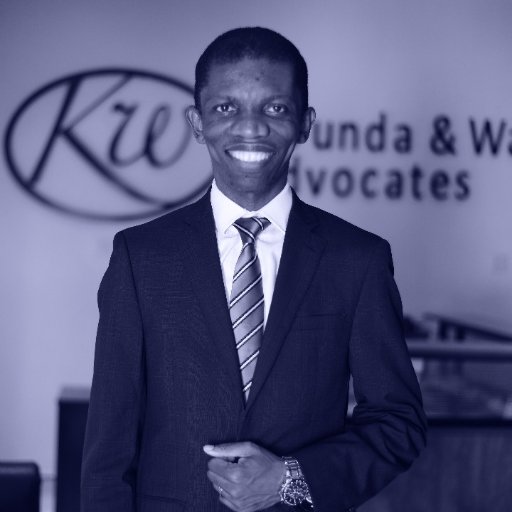 The Blockchain industry in Uganda is still at its infancy. However, there are major developments happening in the jurisdiction and a lot of activities shaping the future of blockchain in the country.

The purpose of this Q&A is to provide our readers with a pragmatic overview of the law and practice of blockchain across a variety of African jurisdictions.

Here is a question and answer with Robert Kirunda, a Ugandan lawyer and a founding member of the Blockchain Association of Uganda, as he discusses the state of the industry in Uganda.

Q: In what business or public sector are you seeing distributed ledger technologies being adopted?

Kirunda: A lot of the blockchain work in Uganda is being driven by small pubic sector players, the most active of which is a company called CryptoSavannah. Other active players include CoinPesa, Binance, Bitpesa, Luno, and S-Block. There are however more products under development and discussion.

The Uganda Communications Commission has signed an agreement with CryptoSavannah to blockchainize sim card registration, essentially paving way for the first blockchain identity project in Uganda. Other public sector projects expected in the short term include discussions for the development of a blockchain for the Uganda Registration Services Bureau and the building of Proofs of Concept for the Uganda National Roads Authority to track land ownership and for the National Drug Authority in drug tracking and to eliminate fraud.

Q: Is there any blockchain-specific legislation or regulatory frameworks in your jurisdiction, either now or envisaged in the short or mid-term?

Kirunda: There is yet no blockchain-specific legislation in Uganda. The closest principal legislation that might be considered remotely relevant is the 2011 Electronic Transactions Act which defines the use of ‘private keys’ and ‘public infrastructure keys’ and provides attributes that may be considered relevant to the use of blockchain technology. A National Payment Systems Bill is currently before Cabinet for consideration.

There have been public pronouncements by government expressing support for blockchain and a National Taskforce on the 4th Industrial Revolution is working some form of legislation or regulation that is expected in teh short to mid-term.

Q: What is the current attitude of government and of regulators to the use of blockchain technology in Uganda?

Kirunda: Government departments and regulators have expressed support for the use of blockchain technology but voiced caution on the adoption, supporting, or even using cryptocurrencies.

Q: Are there any governmental or regulatory initiatives or regulatory reviews designed to facilitate or even look into blockchain technology?

Kirunda: Discussions with regulators on sandboxes have been ongoing and the President of Uganda has even inaugurated the multi-sector National Taskforce on the Fourth industrial Revolution which is looking at blockchain alongside other new frontier technologies. Blockchain technology is a key focus area for the two of the five working groups on the taskforce.

Notable is that the President of Uganda expressed support for the use of blockchain and cryptocurrencies at the Africa Blockchain Conference 2018. Also, the Uganda Free Zones Authority issued a license to a local company for the creation of a blockchain free zone.

Notable also is that the Central Bank of Uganda recently hosted a workshop on cryptocurrencies and the law which was intended to share the central bank’s perspectives thus far and to solicit the views of stakeholders and industry participants on blockchain, cryptocurrency, and the law.

Q: Are cryptocurrencies characterized as a currency in your jurisdiction?

Kirunda: Current financial sector and tax legislation is silent on cryptocurrencies as an asset class. The only level of accountability under the anti-money laundering framework is with respect to the treatment of companies and their directors as accountable persons.

There is yet no formal position from the Uganda Revenue Authority on taxation despite the recent Ministry of Finance official statement to the effect that cryptocurrencies are not officially recognized as legal tender in Uganda.

In addition, other than the cautionary statements above, there are no prohibitions on the use or trading of cryptocurrencies in Uganda at this time.

Q: Are there any other key issues concerning blockchain technology in your jurisdiction that legal practitioners should be aware of?

Kirunda: As much as there are no legal or regulatory issues for tokens, virtual assets, and smart contracts in Uganda at the moment, the AML, KYC and consumer protection requirements set out in the traditional legislation, regulations, and guidelines governing the banking industry do apply to any companies or other juridical persons dealing in cryptocurrency or other blockchain products.

The impact on blockchain on our understanding of privacy in the Ugandan legal framework, national security, asset registration, and its impact on the representation of value and ownership is especially important as it will impact how certain traditional questions such as proving fraud and malicious intent are handled in court. Lawyers need to be aware of this new frontier as a lot of legal work in Uganda is related to these questions.

The Ugandan Insolvency Act of 2011 is also not suited to deal with insolvency issues that may arise in the blockchain context, such as the resolution of a decentralized autonomous organization (DAO), crypto-based online lending entities, or decentralized exchanges and similar products. Legal practitioners need to consider current laws and remain relevant on what advice they provide to their clients.

Corporate law, insolvency practitioners and all in-house counsel at regulatory institutions or any external counsel advising such regulators need to consider questions sucha s registration, governance, and resolution of DAOs both in the way such DAOs operate and the context of insolvency. With the establishment of a free blockchain zone license, these developments are not far-fetched.

The impact of blockchain on digital identity through the possession of a National Identification Number (NIN) can also not be overestimated. A blockchain-based sim card registration system under development as well as the development of a blockchain for document registration in Uganda is also an important consideration. It is not an exaggeration to stipulate that blockchain will go mainstream in Uganda in the short to midterm.

Legal practitioners also need to be alive to the impact that blockchain is having on the movement of value. Questions of remittance (which are a major part of Uganda’s financial sector), and digital identity will all come to the fore. With the central bank disclosing that internal discussions are underway on the establishment of a Central Bank Digital Currency, massive issues that legal practitioners need to be aware of that the law has not yet begun to address will arise.

Overall, the impact of blockchain technology on what advice lawyers will be required to provide to their clients in the short to mid-term cannot be overestimated.

NB: The above Q&A is a curated excerpt from a much longer interview conducted by The Legal 500 & The UK In-House Lawyer  shared with BitcoinKE by the Blockchain Association of Uganda.

ChipperCash Admitted as a Stockbroker on the Uganda Stock Exchange