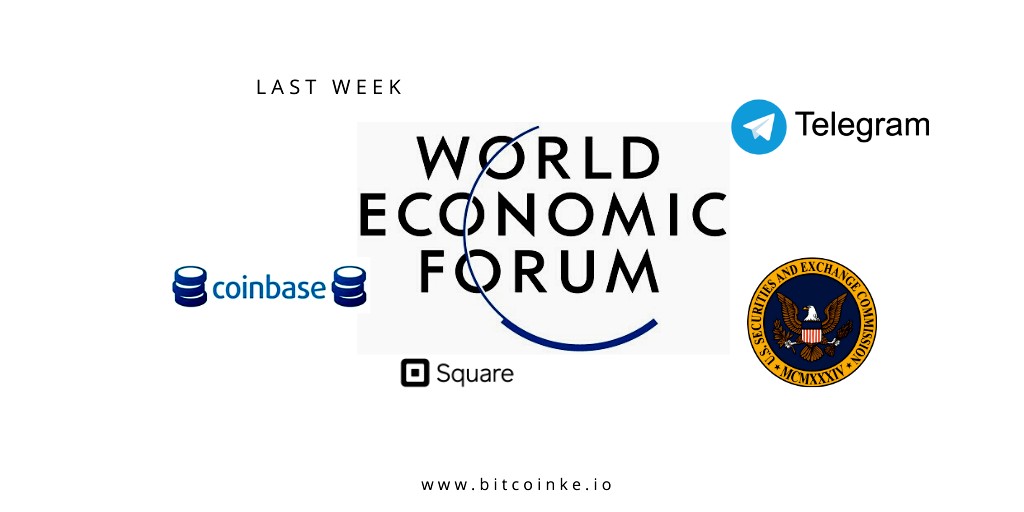 With the World Economic Forum (WEF) taking center stage last week, it is no surprise that the digital currency conversation was one of the top agendas. Regulation and standards in stablecoins was well covered and highlighted a move in the right direction.

The biggest news last week was when The World Economic Forum (WEF) created what it claims is the first ever global consortium dedicated to designing a framework for the transnational governance of digital currencies, including stablecoins. The newly-formed Global Consortium for Digital Currency Governance will focus on the development of interoperable, transparent and inclusive policy approaches to regulating the digital currency space and fostering public-private collaboration in both developed and emerging economies.

The ongoing legal battle between the United States SEC and Telegram took a different turn last week when the blockchain association supported Telegram. The Blockchain Association, a collective of advocates involved with the blockchain industry, filed an amicus curiae brief with the court of the Southern District of New York. An amicus curiae is an entity that does not participate in specific litigation, but has a right to advise the court regarding some matter of law directly concerning the lawsuit. The SEC has provided little clarity about its own interpretation of whether and when digital assets are securities, the association argues in the letter. As such, the court’s decision regarding whether Grams were securities at the time of the purchase agreement could purportedly be rife with consequences throughout the industry.

Last week, financial services and mobile payment company, Square, thinks it has found a way to turn fiat into crypto in real-time point-of-sale transactions, and has been awarded a patent for real-time crypto-to-fiat swaps. The United States Patent Office awarded Square a patent for a technology that the team argues cracks a present barrier in merchant transactions.

New data revealed last week has shown that exchanges are holding more bitcoins than ever with CoinBase clocking almost one million Bitcoins held in its cold wallets. The trend underscores growing tendencies to interact with Bitcoin via exchanges, with the Coinbase figures including both private and institutional investors. It is speculated that Coinbase’s apparent dominance and steady growth may be because it attracts a large share of long-term/institutional investors, who are less concerned with short term price swings.

Last week, Ripple CEO hinted at a possible 2020 IPO for the company. An IPO refers to the process of offering the shares of a private corporation to the public in a new stock issuance. some firms are now seeking to build confidence with mainstream investors by way of public listings on traditional stock exchanges, despite all the red tape and financial disclosures that comes with it. The CEO believes we will see IPOs in the crypto/blockchain space in 2020 and Ripple will not be the last as the company considers moving in this direction.