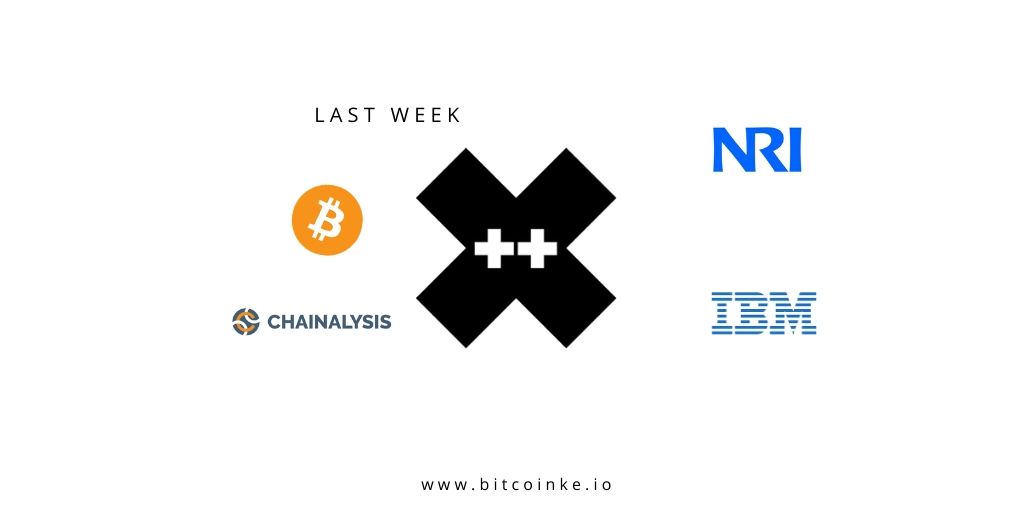 With the Bitcoin bull market now official, as you can imagine, last week conversations were largely dominated by the surge in crypto prices. Nevertheless, we saw increased initiatives in pushing for crypto awareness and education and continued talk of regulation especially with the culmination of the WEF 2020 in Davos, Switzerland.

The big news last week of course was the bitcoin bull run which has seen Bitcoin touch the historical limit of $9, 500 with all markers pointing to a very likely $10,000 run. After some impressive growth over the last few weeks, investors are likely more excited as the new month came with a bullish engulfing candle that has completely transformed the Bitcoin charts from somewhat bullish with some bearish possibilities to incredibly bullish. This occurrence was also followed by a noticeable shift in sentiment across social media.

More news from the East last week revealed that a leading Japanese consulting firm, Nomura Research Institute (NRI), partnered with cryptocurrency investment solution provider, Intelligence Unit (IU), to launch a tradable cryptocurrency index. the new index’s name is NRI/IU Crypto-Asset Index and it is meant for use by financial institutions. The NRI/IU Crypto-Asset Index is rebalanced monthly and tracks the performance of a pre-defined basket of crypto assets and will be tradable in dollars and yen on NRI’s platform. The index includes Bitcoin (BTC), Bitcoin Cash (BCH), Ether (ETH), Litecoin (LTC) and XRP.

A new report by Chainalysis released last week shows that the volume of cryptocurrency flows coming on darknet markets have doubled for the first time in four years. The study shows total market sales in crypto grew 70% in 2019 to account for more than $790 million worth of cryptocurrency after seeing a small decline in 2018. This was the first time when sales surpassed $600 million on the darknet. Chainalysis said that it expects to see more darknet markets accepting or even requiring the usage of privacy-oriented cryptocurrencies such as Monero (XMR).

Last week, global digital distributor and label services company, Ditto Music, is to launch a new blockchain solution that, it says, will generate higher earnings for artists and creators. Called Bluebox, the suite will utilize blockchain technology to record data around songwriter, artist and producer rights and allow creators to instantly register copyright, publishing and mechanical splits at the point of creation – i.e. in the studio — using legally-binding smart contracts. London-based Ditto says the app will enable multiple split royalty payments for the lifetime of a sound recording and allow it to accurately track plays of every piece of music registered on the system. Ditto Music, which paid out $100 million in royalties last year, claims a roster of 250,000 artists including the likes of Ed Sheeran, Sam Smith and Royal Blood.