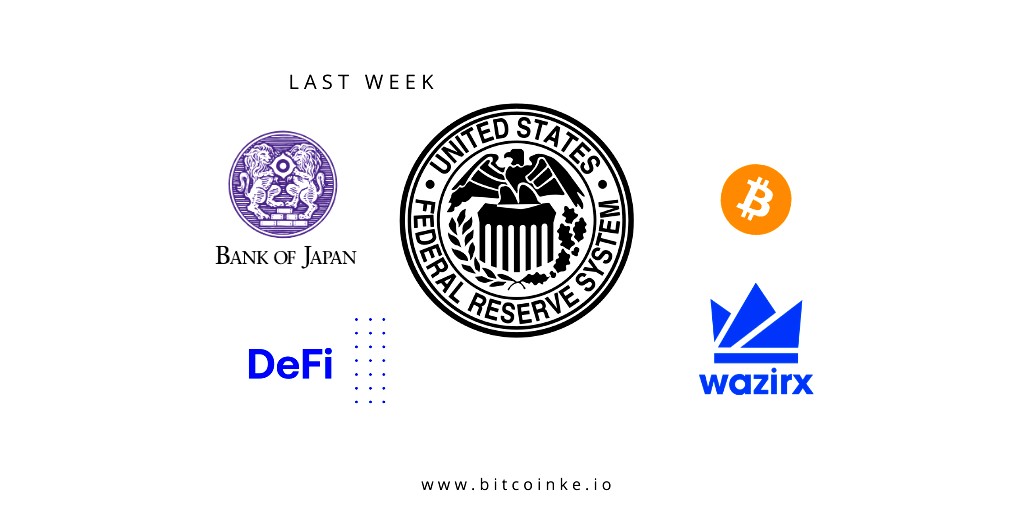 As the coronavirus outbreak continues to take a heavy toll on the Chinese economy, last week saw the biggest bull run in 2020 as bitcoin finally broke through the $10, 000 psychological mark. Discussion on crypto regulation by governments and regulators continue to show an increasing interest in the space as well.

The big trending news last week has no doubt been bitcoin finally reaching the $10, 000 over the weekend and maintained this support throughout. Considerable enthusiasm has accompanied sustained price momentum for Bitcoin throughout the past week’s trading. Bitcoin’s year-to-date performance currently stands at more than 40% with analysts saying all signs show a continued upward trend.

Another major milestone last week was when it was revealed that $1 billion in value is now locked in the DeFi markets.  DeFi (Decentralized Finance) refers to the use of blockchain, digital assets and smart contracts in financial services such as credit and lending. According to analytics site Defipulse.com, the $1 billion locked in the markets — i.e. across the spectrum of smart contracts, protocols and decentralized applications (DApps) built on Ethereum — is almost 60% denominated in MakerDAO’s DAI stablecoin. Defipulse stats reveal that one year ago today, the value locked in DeFi was roughly a quarter of what it is now, at $276 million.

Last week also saw WazirX — the Indian cryptocurrency exchange recently acquired by Binance — launch its WRX coin through an initial exchange offering (IEO) on Binance Launchpad. The move was dubbed as a big achievement for the Indian crypto industry, as it will likely lead to global recognition. Currently, the Reserve Bank of India has placed banking restrictions and regulatory uncertainty on the crypto space in the country. In 2018, the local crypto community challenged the decision of the central bank in the Supreme Court of India, citing the right to do business under Article 19 of the Indian Constitution. A Japanese daily last week revealed that six major central banks will meet in April to discuss the development of central bank digital currencies (CBDC). The central banks of the European Union, the United Kingdom, Canada, Japan, Sweden and Switzerland will reportedly meet in Washington D.C., when the participants will be there for an International Monetary Fund conference.  The meeting appears to be part of a recently announced broader collaboration between the involved central banks. In January, the Bank of England announced that it will research CBDCs with the other aforementioned central banks and the Bank for International Settlements.

A member of the United States Federal Reserve’s board of governors last week signalled that the institution is more open to the idea of central bank digital currency than previously. Apparently, the Fed is conducting research and experimentation related to distributed ledger technologies and their potential use case for digital currencies, including the potential for a CBDC (central bank digital currency). With 80% of central banks worldwide now engaged in some form of CBDC work, a figure that is up 10%  from the previous year, and given the dollar’s important role in global markets, this was expected sooner rather than later.