Safaricom Bonga Points – A Case for a New Digital Currency in Kenya? 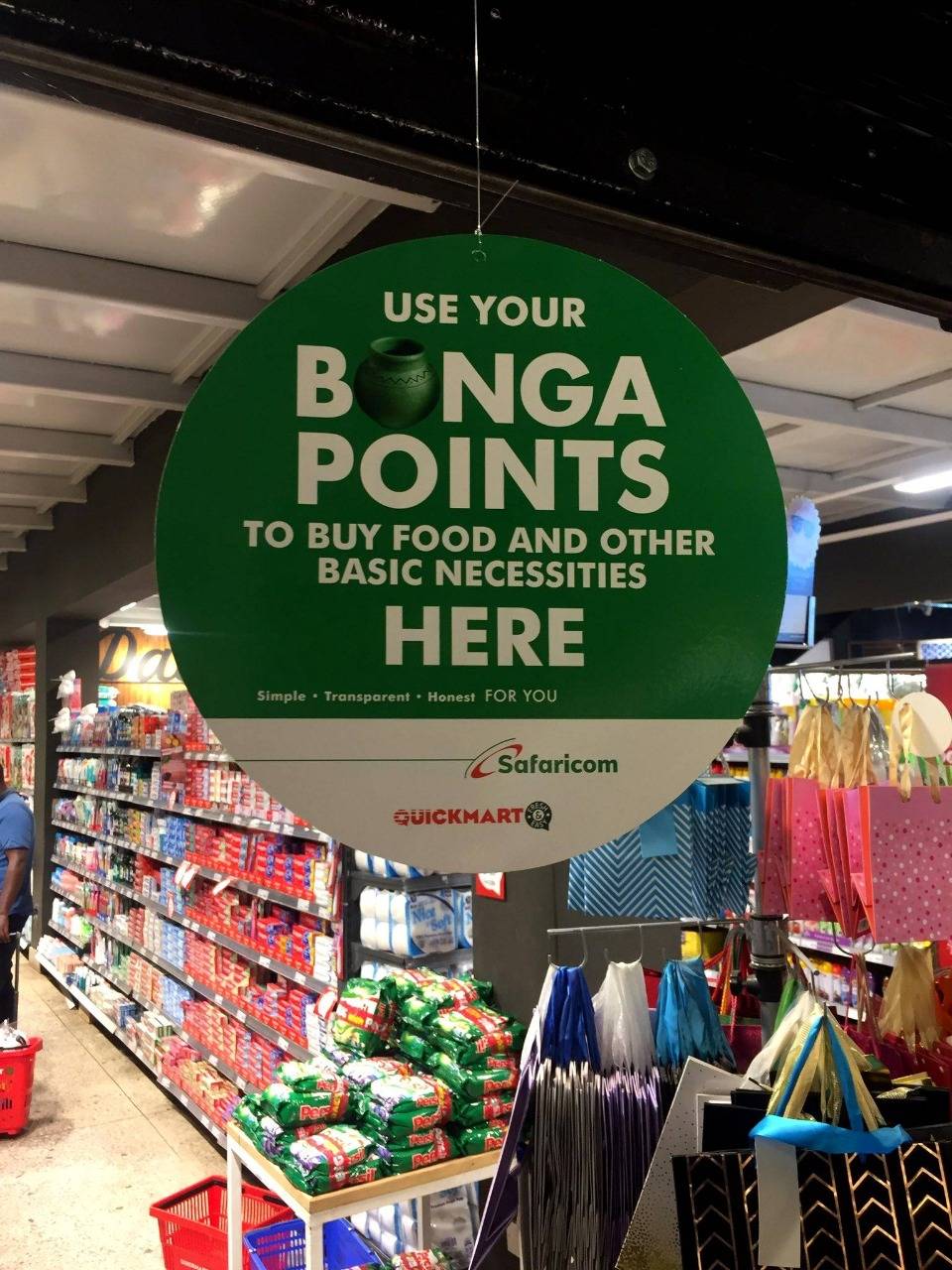 A few days ago, we published a post on the wide usage of Bonga Points as payment and we classfied this as a new digital currency in Kenya that is just getting introduced in the midst of the global Covid-19 pandemic.

However, it is clear that this initiative will have far greater implications than we pesently envision.

As per the latest update, Safaricom says that under the new initiative, Kenyans are now redeeming an average of 20 million points a day, and the initiative is aimed at cushioning Kenyans during the Covid-19 pandemic with an estimated KES 5.5B (Approx. $51.7M).

While it may look like this is just a simple digital token at face value, its implications are much deeper and broader in the long-run. By opening up the Bonga Points network to retailers across Kenya, Safaricom is backing up the token with real-world value as it enables the token to be redeemed for real-world assets under its MPESA system.

Furthermore, these tokens are generated internally on the MPESA ecosystem. How this is done is anyone’s guess. However, this gives Safaricom new authority, essentially giving itself the mandate of the Central Bank of Kenya to generate and distribute new currency into the economy.

While this may not be immediately evident, this is very similar to what other central banks and federal agencies do across the globe – generate or mint new currency and distribute it into the economy.

Bonga Points are rewards for using a system or network. They usually have no much value beyond the network on which they are generated. They can thus not be regarded as having the properties of money, right?

Well, according to accepted definitions, a means of payment can be considered real money if it has these universal properties:

A closer look at Bonga Points fulfills all these five characteristics of money:

Whether Safaricom or the Kenya government, particularly the Central Bank of Kenya (CBK), realize the implications of this initiative is still unclear.

While Safaricom may have figured out how to get adoption, the security of the Bonga system is still grossly underestimated and its failure or compromise would have an adverse effect on the economy if adoption continues at the current rate.

The network has consistently been hacked over the years with millions of Bonga Points transferred to user accounts and later redeemed by the telco subscribers. There are countless experiences of users’ Bonga Points being transferred with a few social engineering hacks.

It is likely that Bonga Points usage will go beyond just payment for goods and services, and see usage as a means of payment for everything. This poses a huge risk when the system is compromised.

One thing is certain though – As long as the Bonga Points network is not running on the blockchain, the security, transparency, and accountability of the network will remain elusive.

Furthermore, the wide adoption of the points is looking to be a huge cash cow for Safaricom. Bonga Points are accounted for as a liability or deferred income in the telco’s books and only recognized as revenue once they are redeemed by customers for airtime, SMS, merchandise or shopping which is usually in billions of Kenya Shillings. When the points build-up, they tie up revenue for the telco until redeemed. As a result, use of Bonga Points will result in Safaricom revenues and profits shooting up substantially.

The Covid-19 pandemic forms a perfect backdrop for all of the above to take place and the effects of these developments will be felt and seen when the current situation subsides. By then, adoption of this payment method would have been entrenched and its use case finally cemented.