[VIDEO] Celebrating Bitcoin Pizza Day (May 22, 2020) – Looking Back at the First Bitcoin Transaction for a Million-Dollar Pizza 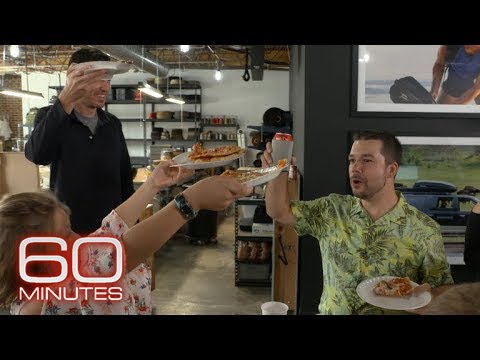 10 years ago, on May 22, 2010, a software engineer by the name of Laszlo Hanyecz, made the first bitcoin transaction in history by offering 10, 000 bitcoins for two large pizzas.

What is more, he offered more bitcoins if the pizza would come with additional toppings.

Looking back 10 years later, this is the first truly million-dollar pizza to have ever been sold.

Let that sink in.

According to Lazslo, bitcoins back then were really not worth much.

“Honestly, I just thought it would be really cool if I could say, ‘hey, I just traded this open-source Internet money for a real-world good,’ and what better thing than food. Food is a basic necessity.

Today, the 2 pizzas would be worth about $80 million. People laugh at that but at the time, it wasn’t worth anything.”

Bitcoin as digital gold, or a store of value to accumulate and hold for the long term, has proven more attractive than commerce. Hodling is part of what drives the value of bitcoin up, as low velocity can do for any currency.

The international bitcoin pizza day continues to be celebrated on May 22, marking the first ever transaction using bitcoin.

As much as $90 million seem absurd for two pizzas, ten years from now, this figure may just be equally absurd.

How Crypto Got Included in Canada’s Emergency Act in 2022