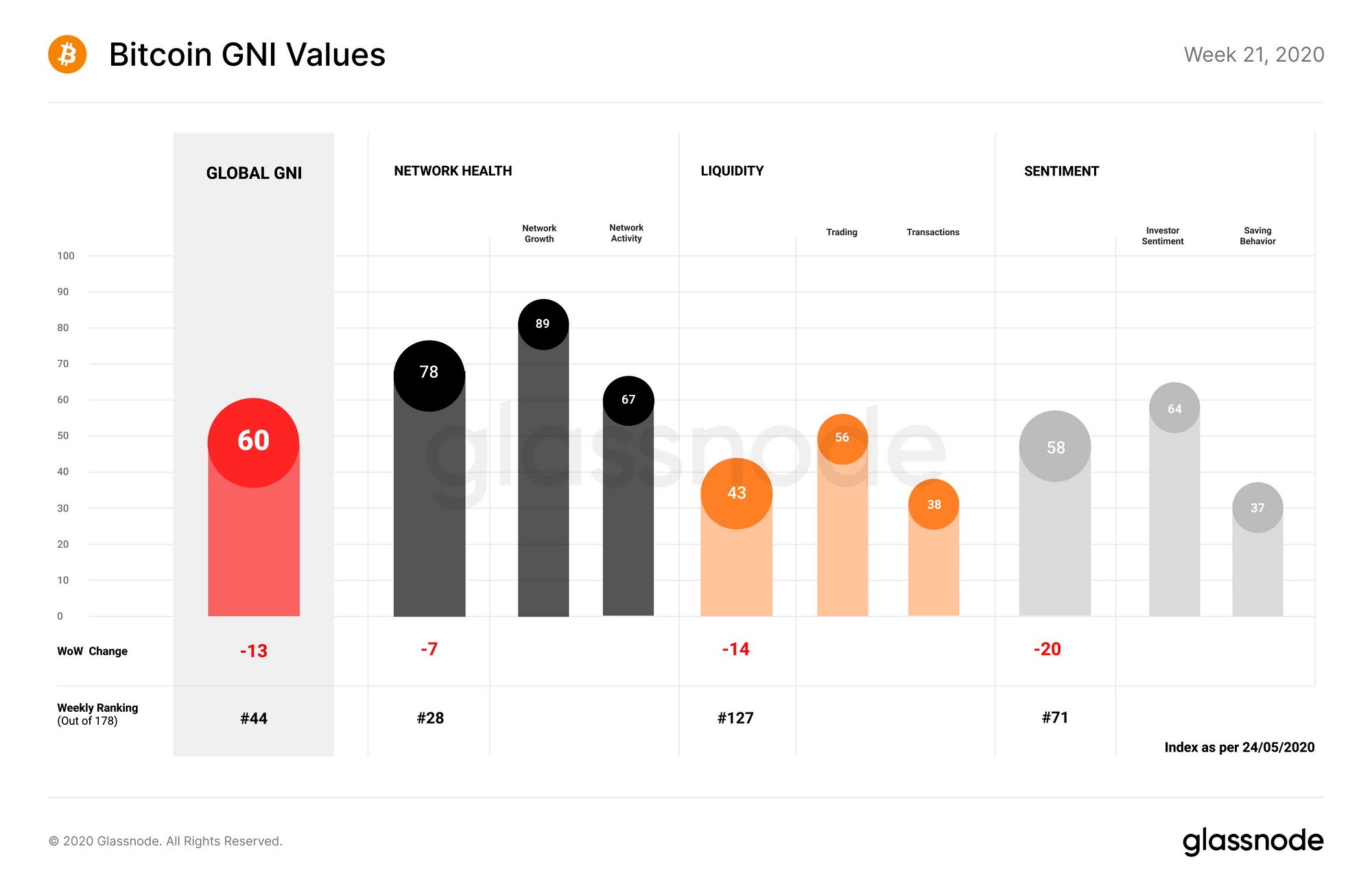 A drop in sentiment and liquidity is resulting in a distinct decline in the bitcoin network health, as recent price declines show.

The latest report by Glassnode, an on-chain analytics firm, indicates that while the overall and long-term health of the bitcoin network is relatively high, a decrease in overall network activity, decreased exchange in-flows and on-chain transaction volumes is contributing to the overall price drops.

SEE ALSO: Bitcoin Fees Up By a Third, Days After the Halving, and Up Over 600% In One Month

The above activity has resulted in a sentiment drop, further driving the price of bitcoin down. While hodlers are still accumulating, the rate at which this is happening is declining. The report notes that although Bitcoin’s network health is high over a macro timeframe, a sharp drop in network growth and overall activity has led to shedding several points.

“This has been driven by an overall decrease in economic activity in relation to the price of BTC, as well as a slowing down of hodlers’ accumulation behavior; while hodlers are still accumulating, the rate at which they are doing so is declining.” ~ Glassnode

The report warns that if on-chain activity and overall market health continue to decline, we may be looking at a regression back into bearish territory. Interestingly, higher on-chain transaction volumes result in higher fees. The fees have significantly declined as miners continue to adjust to the new economic realities of a 6.25BTC block reward which resulted in higher-fee transaction prioritization.

While the BTC halving seem to have cut a huge revenue resource for miners, resulting in high transaction fees, it will likely take several months before bitcoin turns bullish and possibly over an year for the price to increase by an order of magnitude, according to the report.