More than 1 Million Bitcoins Became Unavailable in the Course of 2020 with Only 4.2 Million Now in Circulation (22%) 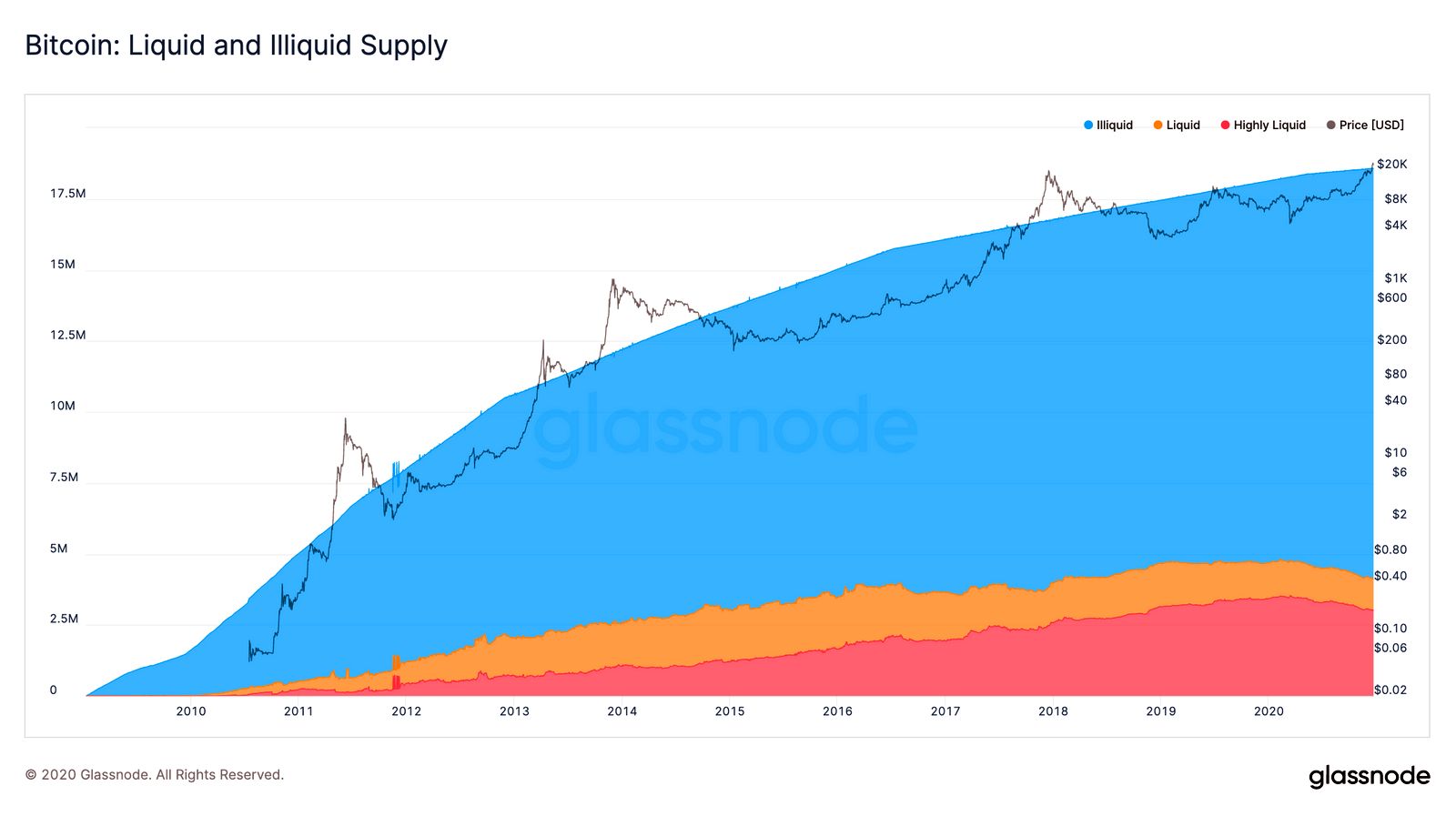 As we wave goodbye to 2020 and usher in 2021, a new age for bitcoin has risen. The latest bitcoin metrics have clearly indicated that the rise in value in bitcoin, the world’s most dominanet and popular crypto asset, is highly in demand with investor confidence growing substantially over the course of 2020.

2020 was truly a defining year for bitcoin and crypto in general and this is evidenced by the number of bitcoins that got scooped up and locked by institutional investors.

Below are just some of the latest stats as 2021 begins:

Illiquid bitcoin supply tends to decrease during bear markets, and increase during bull markets (and vice versa for the liquid supply).

The liquid portion of the supply has been in a constant downward trend since 9 months, decreasing its growth from 30% to 12% (measured since 2017).

Currently, we are at a stage in which the illiquid supply is growing more than the total circulating supply, a pattern we have similarly observed during the bull run of 2017.

The analysis paints a picture of an increasingly illiquid market as less bitcoins for buying become less an less available, further signaling a bull market in the coming months.

There is no doubt that the current bitcoin liquidity directly correlates with the bitcoin market and everything points to a prolonged bullish market.