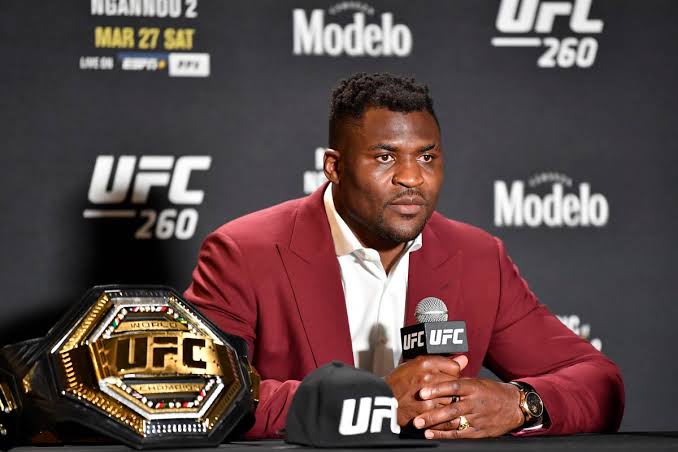 Widely regarded as the most dangerous man in the world, UFC heavyweight champion, Francis Ngannou, is also admired for his brilliant and strategic mind.

Days after Ngannou said he was considering taking pay from his first 2022 match in bitcoin, the legendary fighter has gone ahead to do it.

It did not matter that the crypto market has remained bearish since prices plummeted at the start of the year, as per a video posted on his Twitter, Ngannou will be converting half of his winnings from a competitive match-up, this weekend in bitcoin.

In the collaboration with Cashapp, a popular fintech service, The Cameroonian fighter will also be giving away $300,000 worth of bitcoin to fans on social media.

In an online video, Ngannou said:

After learning more and more about bitcoin, I truly believe it is the future of money.

Francis Zavier Ngannou is a French Cameroonian mixed martial artist. He currently competes in the heavyweight division for the Ultimate Fighting Championship, where he is the reigning UFC Heavyweight Champion as of January 2022.

Ngannou defends his UFC heavyweight title for the first time in January 2022 against interim titleholder, Ciryl Gane, in the promotion’s first pay-per-view of the year.

Amber Group Gets Licensed to Operate in Hong Kong