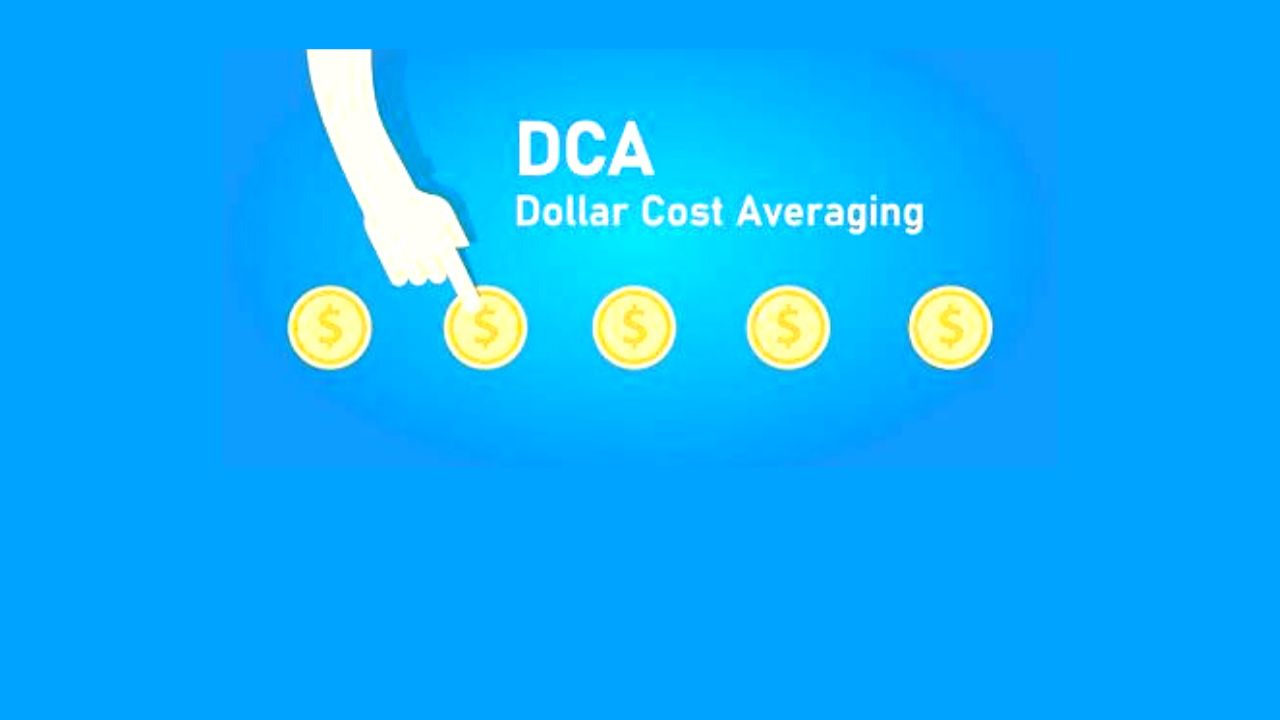 Dollar-cost averaging (DCA) is an investment strategy that aims to reduce the impact of volatility on the purchase of assets. It involves investing a fixed amount of money into a particular investment at regular intervals, typically monthly or quarterly.

Using DCA, the number of shares that can be bought for a fixed amount of money varies inversely with their price, DCA effectively leads to more shares being purchased when their price is low and fewer when they are expensive.

The alternate strategies are to purchase a fixed number of shares each time period, or to save up the funds that are available for investment and attempt to purchase shares at times when the market is low, i.e market timing.

The main benefit of DCA is that it reduces the risk of making a bet at the wrong time. Market timing is among the hardest things to do when it comes to trading or investing. Often, even if the direction of a trade idea is correct, the timing might be off – which makes the entire trade incorrect. Dollar-cost averaging helps mitigate this risk.

Let’s say we’ve got a fixed dollar amount of $10,000, and we think it’s a reasonable bet to invest in Bitcoin. Maybe we also think that the bitcoin price will likely range in the current zone for the foreseeable future.

In such a case, maybe that it’s a favorable place to accumulate and build a position using a DCA strategy.

In the second scenario, let’s say Bitcoin has just entered a bear market, and we don’t expect a prolonged bull trend for at least another 2 years. But, we do expect a bull trend eventually, and we’d like to prepare in advance.

Should we use the same strategy to maximize profit?

This investment portfolio has a much larger time horizon. We’d have to be prepared that this $10,000 will be allocated for this strategy for another few years.

We could divide the investment into 100 chunks of $100 again. However, this time, we’re going to buy $100 worth of Bitcoin each week. There are 52 weeks in a year, so the entire strategy will execute over a little less than 2 years.

This way, we’ll build up a long-term position while the downtrend runs its course. We’re not going to miss the train when the uptrend starts, and we have also mitigated some of the risks of buying in a downtrend.

However, according to some skeptics, dollar-cost averaging can make some investors lose out on gains during bull markets.