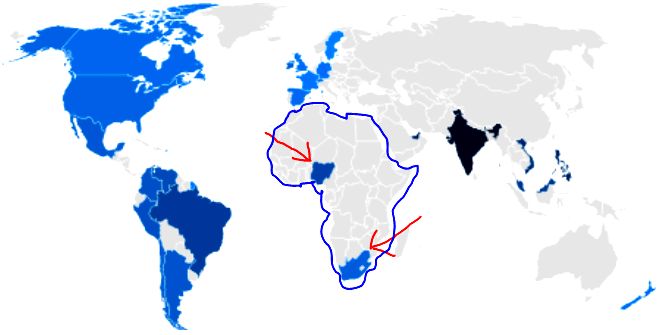 Nigeria has the most NFT gamers across Africa, according to a survey by Finder.com, a site that helps people make comparisons on financial products and other sectors.

Based on the survey conducted in March 2022 on internet users in 26 countries on NFT gaming, Finder determined that 16% of Nigerians have played NFT games while a further 16.9% were planning to play.

The only other country from Africa that was surveyed was South Africa where it was determined that:

The number of NFT gamers from the 2 African countries is higher than a host of other countries globally, including in the United States, where about 9.4% of the population were playing NFT games.

Here is a list of how different countries performed:

From the report, you can see that NFT gaming is most popular in India with 34% of respondents saying they’ve played a P2E game. Below is the breakdown of NFT gaming adoption among the top 15 countries as per the report:

When it comes to age globally, those aged 18-34 are most likely to play P2E with 17% male saying they had played, compared to 12% of women who indicated the same.

South Africa, which was lower on the list, saw a slimmer gender gap with 11.5% of men saying they had played compared to 9% of women.

That gender gap is not expected to close anytime soon. In fact, it is likely to increase with 22% of men saying they plan on playing this year, compared to 11% of women, meaning men will remain twice as likely to have played NFT games by the end of 2022.

Finder said that sample sizes ranged from 1,000 to 3,800 people, and are directly proportional to population size, with participating countries selected based on global Finder site traffic and availability on research platforms.