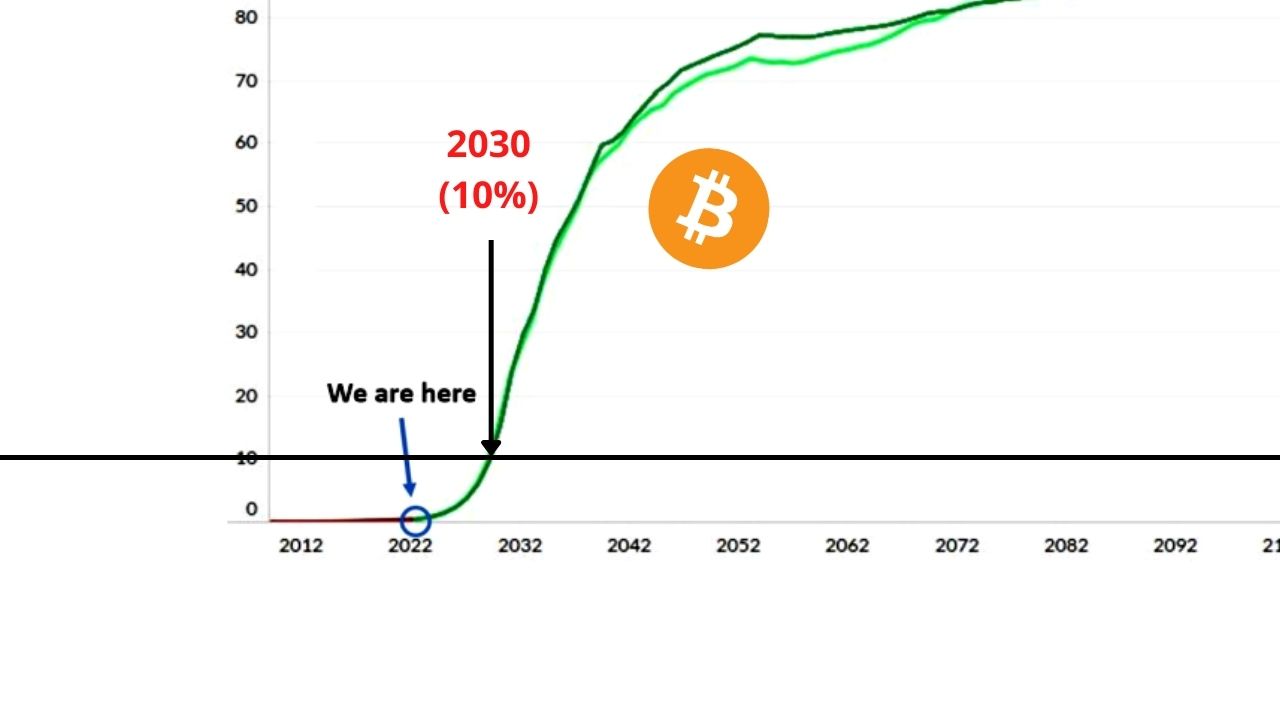 The adoption of bitcoin technology is just entering the 2nd stage of technology adoption, the early adopters’ phase, a new report has found.

The report by Blockware Solutions, a firm which develops blockchain infrastructure, estimates that 254 million people globally, about 3% of the human population, are Bitcoin users.

According to their analysis, ‘new users come in during bull runs, most stay, and some are shaken out in the bear-down moments of the market.’

It is the new users who are said to set the tone for new market bull runs as convinced users remain with the technology. This was arrived at after analyzing trends and numbers following recent crypto market activity.

Besides the analysis of the cryptocurrency activity, Blockware determined the proportion of users (American households) adopting Bitcoin by comparing with nine disruptive technologies, which included:

According to the report, while technologies change, human reaction to innovation can mostly be predicted. This prediction is outlined in the widely-used ‘S-Curve’ depicted in the chart above.

In the next chart provided, you can see that bitcoin is still ‘very early.’

As such, we can see that the adoption of bitcoin is predictably going to enter its exponential phase of growth within the next 10 years, even though the report sees bitcoin growth outpacing the adoption of the other technologies it was compared with.

“Using the Cumulative Sum of Net Entities Growth and its [10-year compounded annual growth rate] CAGR of 60%, we forecast that global Bitcoin adoption will break past 10% in the year 2030.”

The faster growth of bitcoin, compared to the other technologies, is put down to two key factors.