Egyptian Pound Slips to Historic Low Ahead of IMF Bailout

The pound has lost 6% of its value since mid-March 2022 when it lost 15% of its value in a single day following a devaluation by the Central Bank of Egypt (CBE). 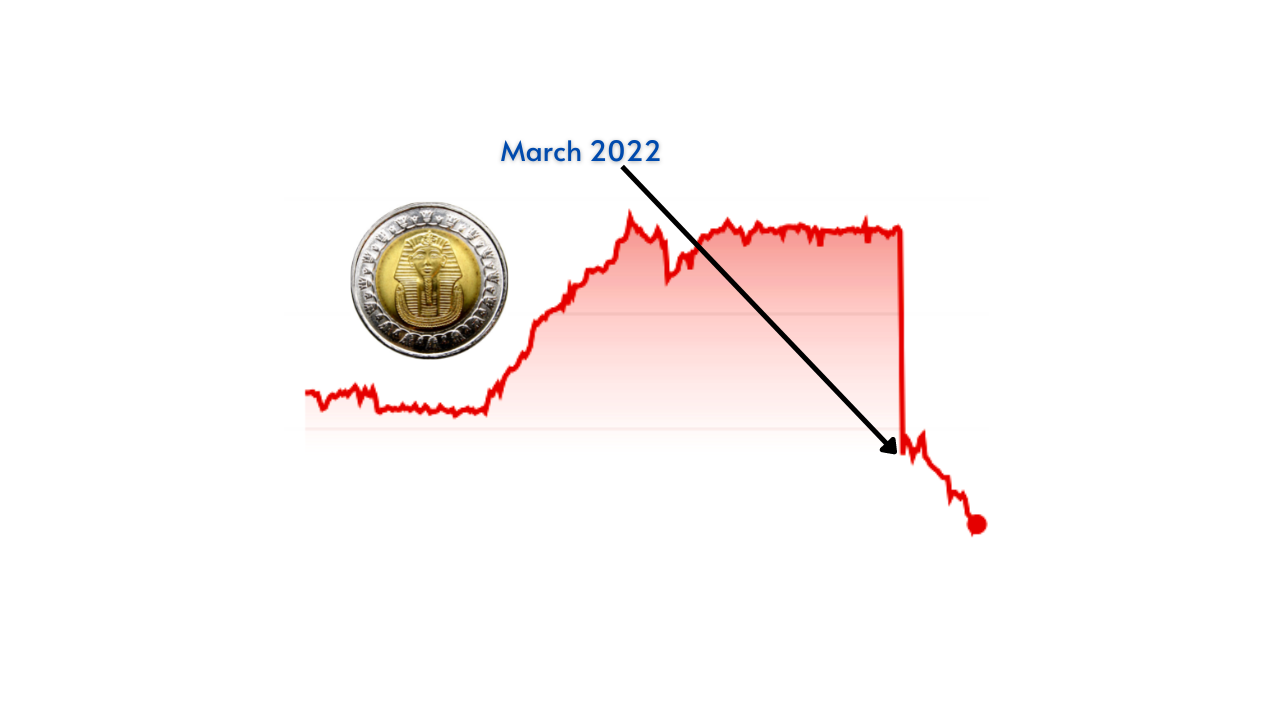 This comes as the government seeks a loan from the International Monetary Fund (IMF) to stabilize the economy.

The Egyptian🇪🇬 Pound has dropped to a historic low agains the dollar💲 pic.twitter.com/EDbRaLi1OM

Finance Minister, Mohamed Maait, has said that Egypt hopes to reach an IMF deal within one or two months, although the loan amount is yet to be determined.

Egypt’s finances have been affected by a strong dollar which has caused a ripple effect stemming from some of the currencies of its trading partners. The economy has also experienced supply shocks arising from the Ukraine-Russia war. Egypt is the largest importer of wheat globally and has been severely impacted by the Ukraine-Russia conflict disrupting imports into the country.

The country is grappling with a shortage of dollars as foreign investors have retrieved $22 billion from its debt markets since March 2022. The Egyptian Pound is expected to weaken after the Central Bank of Egypt (CBE) moved not to raise interest rates.

The pound has lost 6% of its value since mid-March 2022 when it lost 15% of its value in a single day following a devaluation by the CBE. According to reports, greater currency flexibility has emerged as one of the main issues in Egypt’s talks with the IMF.

Earlier in the year, CBE Governor,  Tarek Amer, stepped down from the role and was replaced by Hassan Abdalla, who’s report indicate is in favor of a flexible currency.

Until authorities reach a deal with the IMF, pressure on the currency will persist from two main sources: first, a stronger dollar – an external factor – and second, a shortage of US dollars in the market and speculation of a weaker currency.