Bloomberg indexes also show that the nation’s domestic bonds are trading at an average yield of 41.9%, the highest in emerging markets. 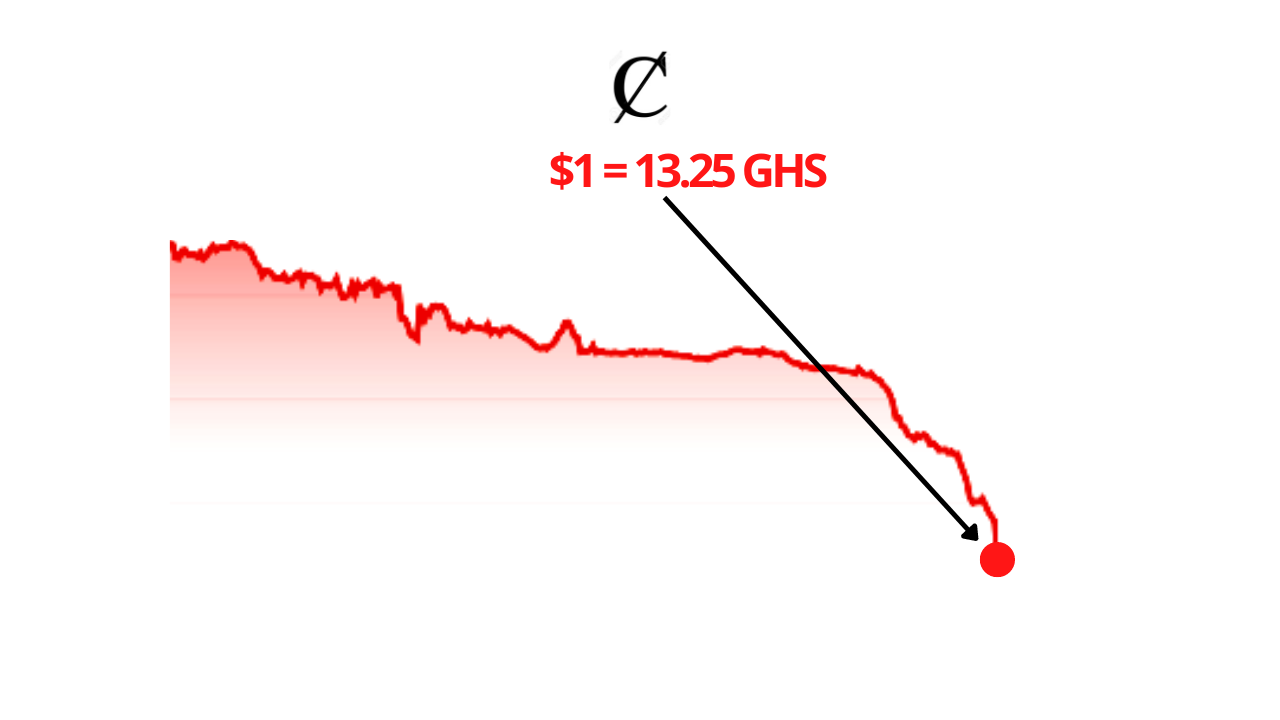 Ghana’s Cedi has become the worst-performing currency in the world in 2022, now performing worse than the Sri Lankan Rupee, according to a Bloomberg analysis.

According to the report, the Cedi depreciated as much as 3.3% in Mid-October sending its losses to more than 45% against the dollar.

One unit of the dollar currently trades at about 13.25 units of the Ghanaian currency as of this writing.

Ghana🇬🇭 Cedi has become the worst-performing currency in the world in 2022 #Cedi #Inflation2022 pic.twitter.com/zqU7K7bpiz

The Cedi has decelerated since the beginning of the year, with the government blaming a global economic downturn. In the last 2 months, the government has been in formal negotiations with the International Monetary Fund (IMF) for an extended credit facility with the hope of receiving $3 billion in loans over the next three years.

However, now reports indicate that the IMF is slow to yield to Ghana’s request as they want a debt sustainability plan before providing the bailout.

“Investors were expecting to hear something in Washington last week but unfortunately nothing emerged,” Simon Quijano-Evans, a London-based economist at Gemcorp Capital, said in an emailed comment, referring to the week-long IMF annual meetings that ended on October 16 2022.

“It was radio silence.”

Further reports indicate that Ghana, the world’s second biggest cocoa producer, has lost access to the Eurobond market after a selloff of its international bonds despite a move by the government to cut 2022 expenditure by 30%.

Foreign investments in outstanding domestic government and corporate bonds dropped to 12.3% at the end of August 2022, the lowest ever, from a 2022 peak of 17.3% in April 2022, according to Central Securities Depository Ghana data.

Bloomberg indexes also show that the nation’s domestic bonds are trading at an average yield of 41.9%, the highest in emerging markets.

Ghana’s gross international reserves declined to $6.6 billion in end-September 2022, enough to cover only just under three months of imports. That’s down from $10.7 billion a year earlier, which gave nearly five months of import cover.