MakerDAO Revenues Fall By Over 86% from $30 Million to $4 Million in Q3 2022, Reveals Latest Messari Report

Maker is a peer-to-contract lending platform that enables over-collateralized loans by locking collateral in a smart contract and minting $DAI, a stablecoin pegged to the U.S. dollar. 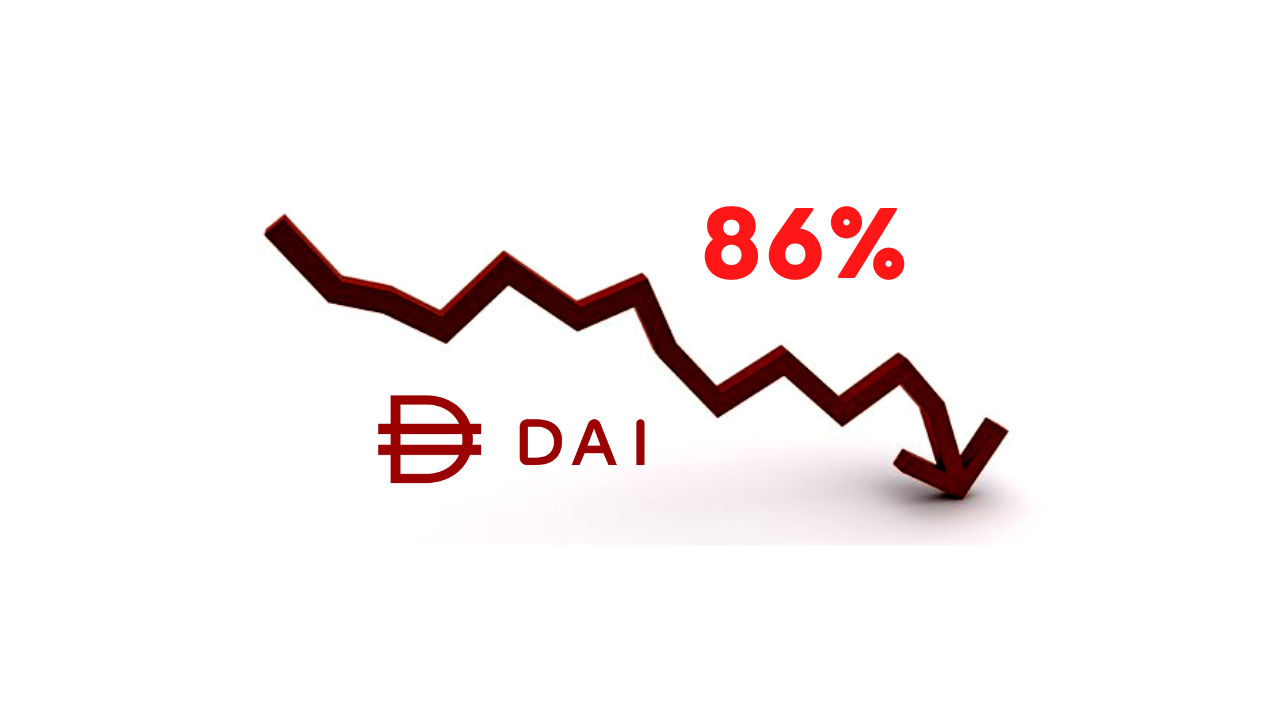 MakerDAO’s revenue plummeted by 86% in Q3 2022 from $30 million in the previous quarter to just $4 million, according to a new report by blockchain research firm, Messari.

“Paired with inelastic expenses, Maker drew down some resources from the DAI surplus buffer to make payments in Q3 2022. It was the protocol’s first negative income quarter since at least 2020,” Messari stated.

Only 2% of TVL on Maker is Bitcoin, its lowest since inception.

Only 2% of TVL on Maker is #Bitcoin, its lowest since inception. pic.twitter.com/2Gnavv6HDN

At the same time, total value locked (TVL) dropped by 6% while DAI supply has remained at post-May 2022 levels. 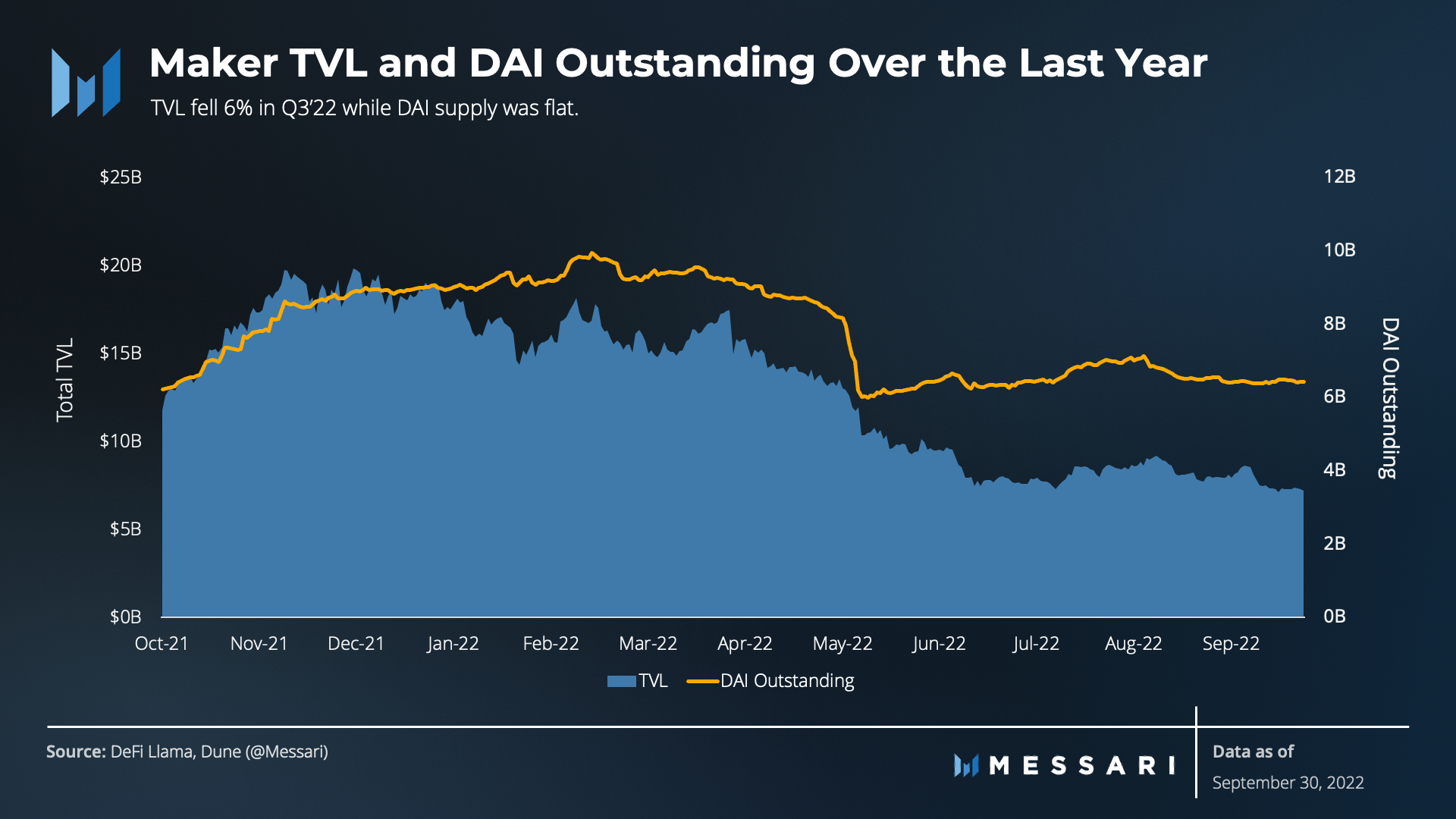 The decentralized autonomous organization behind the DAI stablecoin is said to be seeking new resources including adding more real-world assets (RWA) into its mix.

In Q3 2022, the Maker community voted to add Huntingdon Valley Bank into its ecosystem bringing in $100 Million as another collateral option for borrowers on the protocol. The integration was covered on a Twitter thread below

The first collateral integration from a US-based bank in the DeFi ecosystem is getting closer.

The Maker Governance votes to add RWA-009, a 100 million DAI debt ceiling participation facility proposed by the Huntingdon Valley Bank, as a new collateral type in the Maker Protocol pic.twitter.com/fOdusdjCFS

According to Messari, Maker’s real-world assets now make up 12% of the protocol revenue despite only representing 2% of the TVL with more RWAs targeted. The next three RWA integrations likely to launch are:

Centralized stablecoins account for 61% of DAI’s collateral via the Peg Stability Module (PSM). The PSM enforces DAI’s 1:1 backing with USD at the cost of being a completely decentralized and censorship-resistant currency.

Looking at usage of stablecoins, following the collapse of Terra, $DAI is now third after $USDC and $USDT, as the stablecoin market appears to experience change. Over the last 2 quarters, $DAI increased it’s on-chain volume from 11% to 25%

On-chain volume share in Q2 2022 and Q3 2022 shows that $DAI has been taking shares from $USDT at a rapid pace.#MakerDAO pic.twitter.com/NmjAh26YPQ

Maker is a peer-to-contract lending platform that enables overcollateralized loans by locking collateral in a smart contract and minting $DAI, a stablecoin pegged to the U.S. dollar.

MakerDAO determines which collateral types are accepted as well as their collateralization ratios and stability fees.