Funding into African startups grew significantly compared to 2021 figures, while all other regions experienced declines in funding. 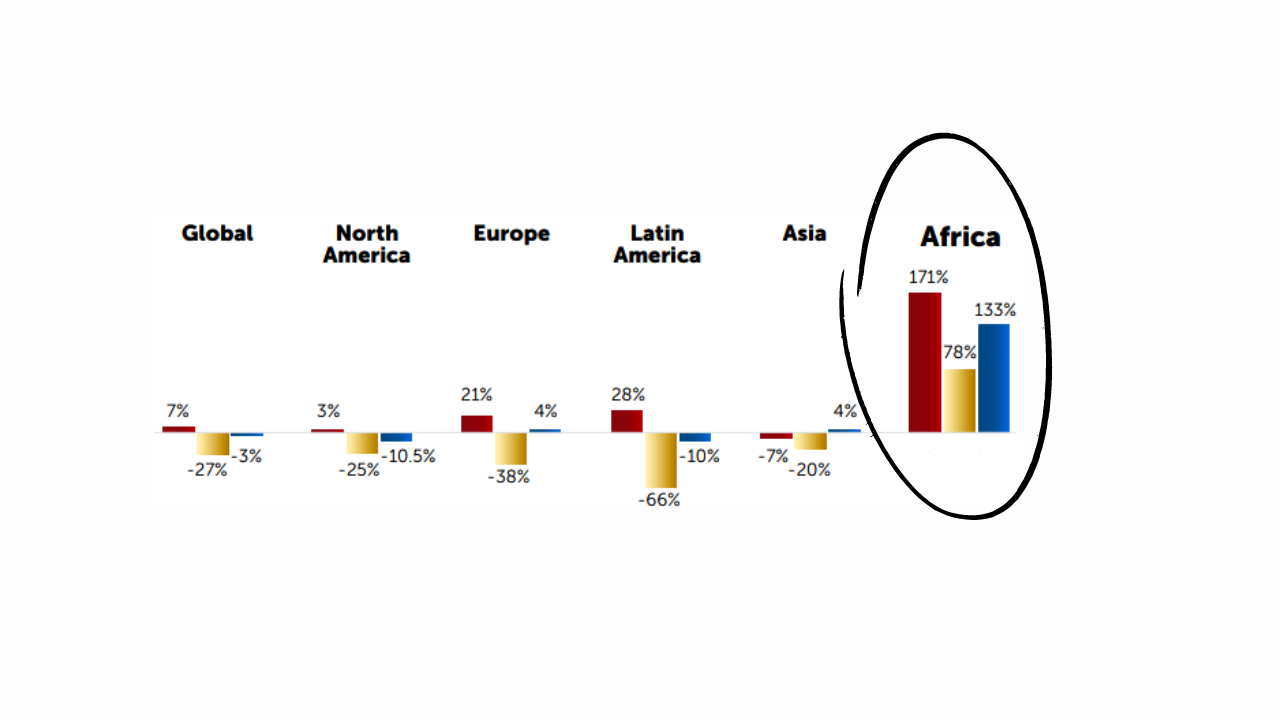 Venture funding into African startups raced to $3.5 billion in the first 6 months of 2022, a new report shows.

The report by African Private Equity and Venture Capital Association indicates that the record total deal value came even as funding dried up in all other global regions.

The first half 2022 saw 445 VC deals (to 300 unique companies) take place in Africa’s venture ecosystem, in yet another record for the industry.

Funding into African startups grew significantly compared to 2021 figures, while all other regions experienced declines in funding.

The report reveals 300 unique startups contributed to the largest H1 2022 haul the tech sector has ever recorded.

Looking at the last 3 years:

At the same time, the average deal size keeps increasing, going from:

The report highlighted some of the driving deals, specifically some of the startups that are using the investments to expand their business across the continent:

Both Wasoko and M-Kopa are East African companies that are launching in West African countries such as Nigeria and Senegal.

Umba, a Nigerian digital bank is launching in East Africa and acquired a Kenyan microfinance bank in the process.

South Africa’s MFS Africa is plotting continent-wide growth with the acquisition of  U.S. Based Global Technology Partners, a prepaid cards processer in Africa which works
with over 80 banks in 34 African countries.

While the tech sector has so far weathered the tough economic situation, the report expects funding activity to be on the rise over the last 6 months of 2022.

“16 Africa-focused venture capital funds have announced a final or interim close in the first half of 2022, with a cumulative fundraise of close to half a billion (US$495 million).

“This capital will be deployed in startups and projects across the continent in the next several months, with this deal activity ensuring the moderate short-term health of the industry.”

The report predicts that total funding will reach $7 billion in 2022.