Yassir, which means 'easy' in Arabic, is used by more than 8 million users and has operations in six countries and 45 cities. It is more popular in the Maghreb region (Algeria, Morocco, Tunisia) and Francophone African countries. 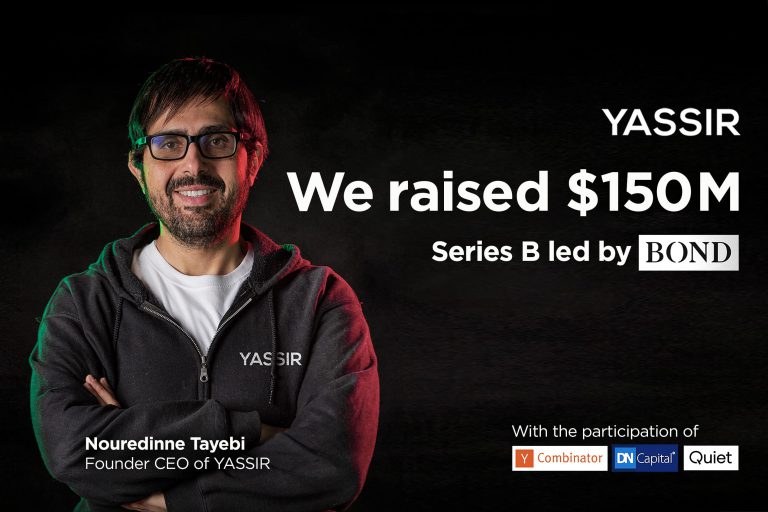 Yassir, the digital marketplace startup from Algeria, has announced it had raised $150 million in a series B round led by BOND and with participation from several leading VCs including the likes of YCombinator and Stanford Alumni Ventures (Spike Ventures).

🇩🇿
"In the markets where we operate, we are already having a considerable impact on how people manage their day-to-day lives. We look forward to expanding our presence into other geographies to become the first super app to achieve mass adoption."

Yassir, which means ‘easy’ in Arabic, is used by more than 8 million users and has operations in six countries and 45 cities. It is more popular in:

For instance, in its home market of Algeria, three out of five on-demand activities in Algeria are reportedly made via the platform.

The main services offered on Yassir’s super-app include:

The app provides an all-in-one ecosystem for users to manage daily activities such as commuting and ordering groceries. It has more than 100,000 partners including drivers, couriers, merchants, and wholesalers, among other gig workers and vendors.

Yassir has a mobile banking solution tied to this ecosystem and is aiming to touch every component of the multi-faceted ecosystem.

In an interview with CEO, Noureddine Tayebi , it was always their mission to offer multiple services on the platform as a way to introduce banking solutions.

“Our business model from day one was a super app model and getting into payments. When we first started, the observation was that most people were unbanked, and the number one reason is that people don’t trust the banking systems here for various reasons.”

BOND’s General Partner, Daegwon Chae, pointed out that technology was going to change how consumers relate to daily needs such as transportation, food, and financial services.

“This investment is an extension of that belief in an underserved but dynamic, rapidly growing region. Emerging out of North Africa, the app has already become indispensable to users for critical aspects of their lives.”

The raise is expected to see Yassir expand its reach further into the region and the rest of Africa.

[WATCH] The Metaverse is the Future, Admits CEO, Microsoft