The Food and non-alcoholic beverages inflation rate recorded a year-on-year inflation rate of 59.7 percent in December 2022, responsible for 47.5% of the inflation action. 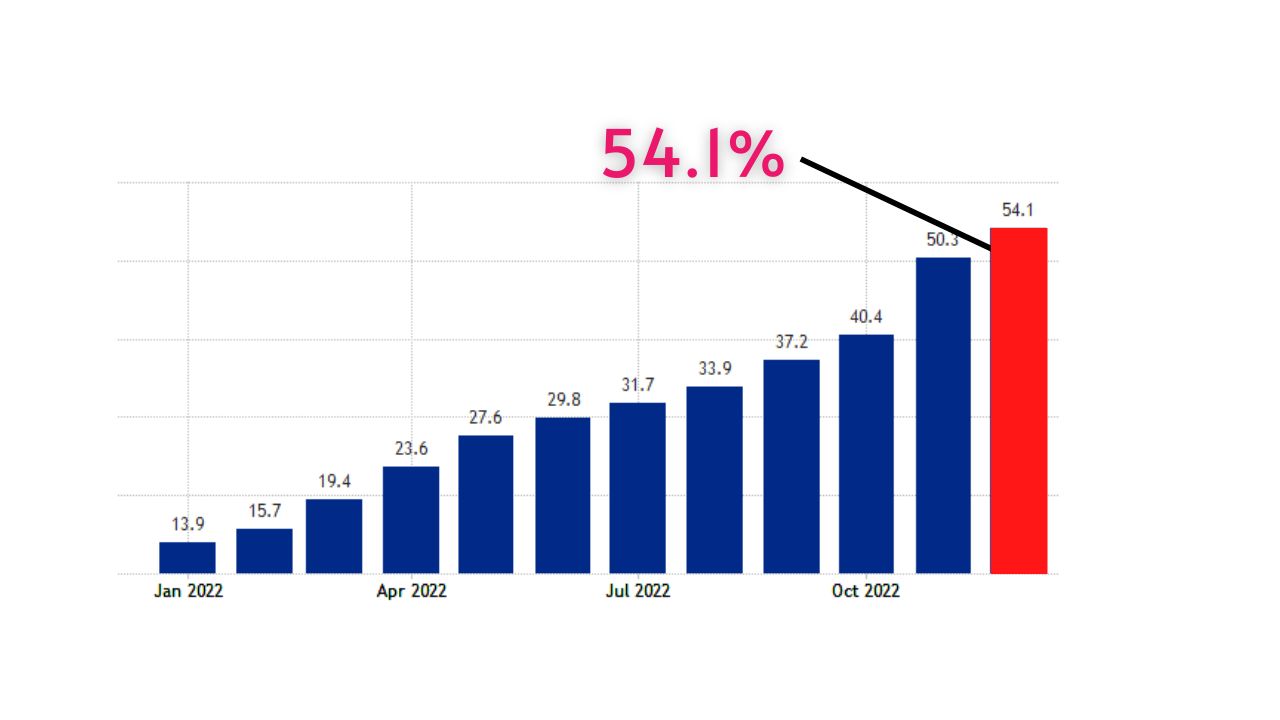 Ghana’s annual inflation stood at 54.1% as of December 2022, according to the Ghana Statistical Service (GSS).

The Food and non-alcoholic beverages inflation rate recorded a year-on-year inflation rate of 59.7 percent in December 2022, responsible for 47.5% of the inflation action.

The non-food group recorded a year-on-year inflation rate of 49.9 percent in December 2022.

According to GSS, prices rose the most in the category of housing, water, electricity, gas and other fuels, up 82.34 per cent year-on-year while furnishings and household equipment surged up 71.52 per cent.

This is closely followed by the transportation sector at 71.42 per cent, while food and non-alcoholic beverages inflation was at 59.71 per cent year-on-year.

Below is a breakdown of some of the sectors that are in the red in terms of annual rise in costs:

On an individual level, GSS has provided a breakdown illustrating the rise in costs of common commodities for many Ghanaian people: 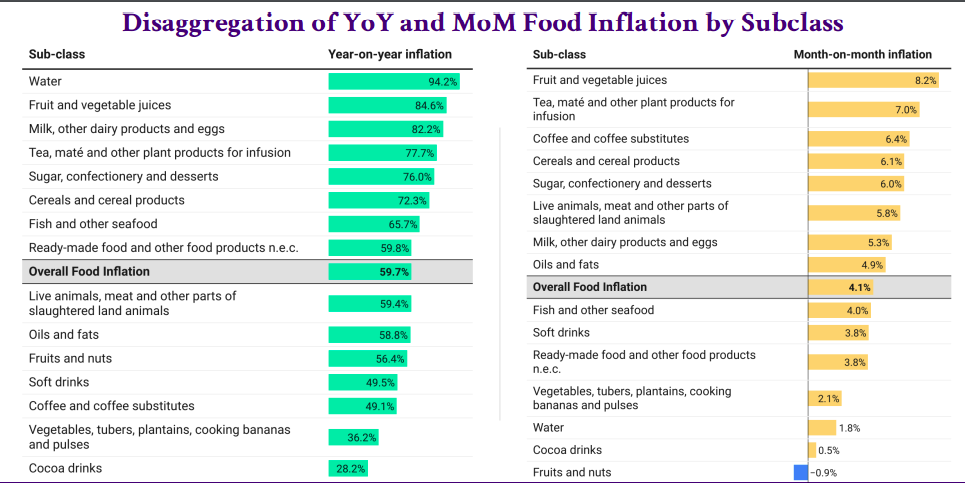 Ghana, one of Africa’s top ten economies, experienced a difficult year with record high inflation figures throughout, coupled with devaluation of its local currency, the Cedi.

Ghana’s inflation figures over the last 12 months are captured below: 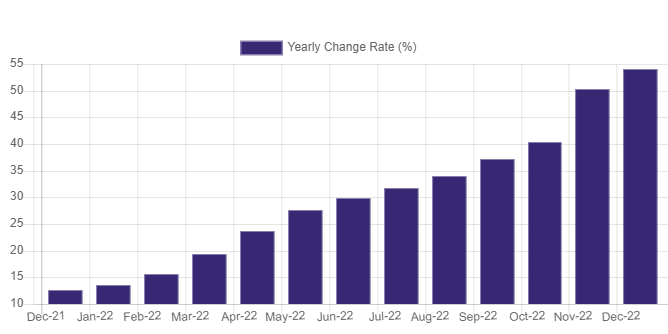 According to Bloomberg, the Cedi lost as much as 6.1% against the dollar before the release of the data, while ranking 7th highest out of 120 countries for inflation as tracked by the publication.

Ghana, which has embarked on a debt restructuring process, and secured a $3 billion financing from the International Monetary Fund (IMF) in December 2022, expects to get some respite in 2023.

The central bank forecasts inflation to peak in the first quarter of 2023 and settle around 25% by the end of the year.