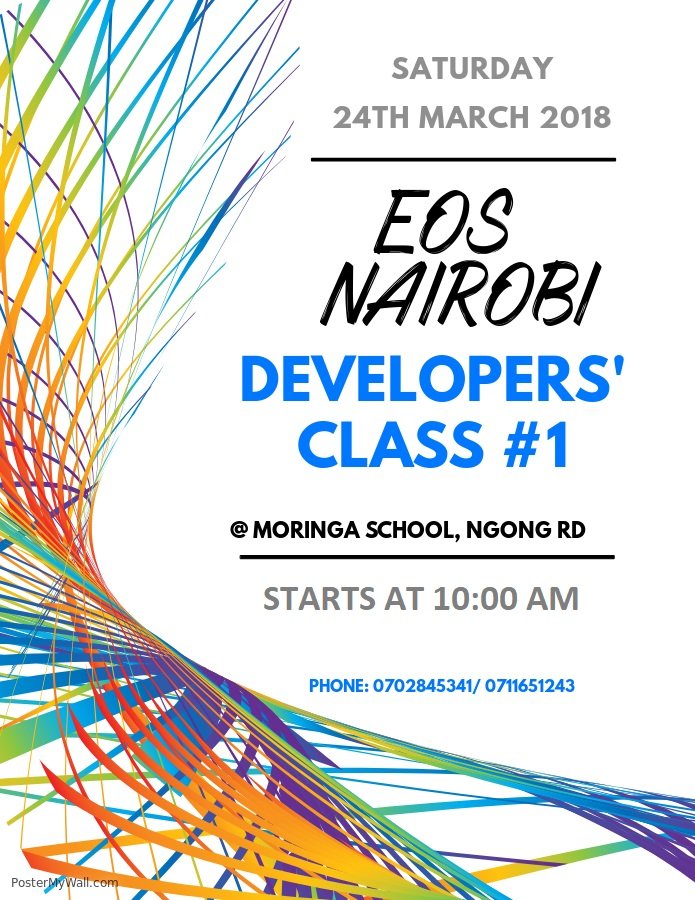 We have a serious need for Blockchain developers and the need is only going to increase as organizations, companies, and governments transition to creating tools and services running on the Blockchain.

The EOS Nairobi community has taken up the role of training developers in the space who are looking to grow and re-invent themselves in the space by learning the new programming languages needed to creating distributed applications (Dapps) that run on the Blockchain, specifically on EOS.

The EOS Nairobi community is also aggressively building a network of developers, entrepreneurs, and business development people with the aim of becoming a Block Producer that will help support the EOS Blockchain when it goes live in a few months.

Check out the first EOS Nairobi meetup snippet below: