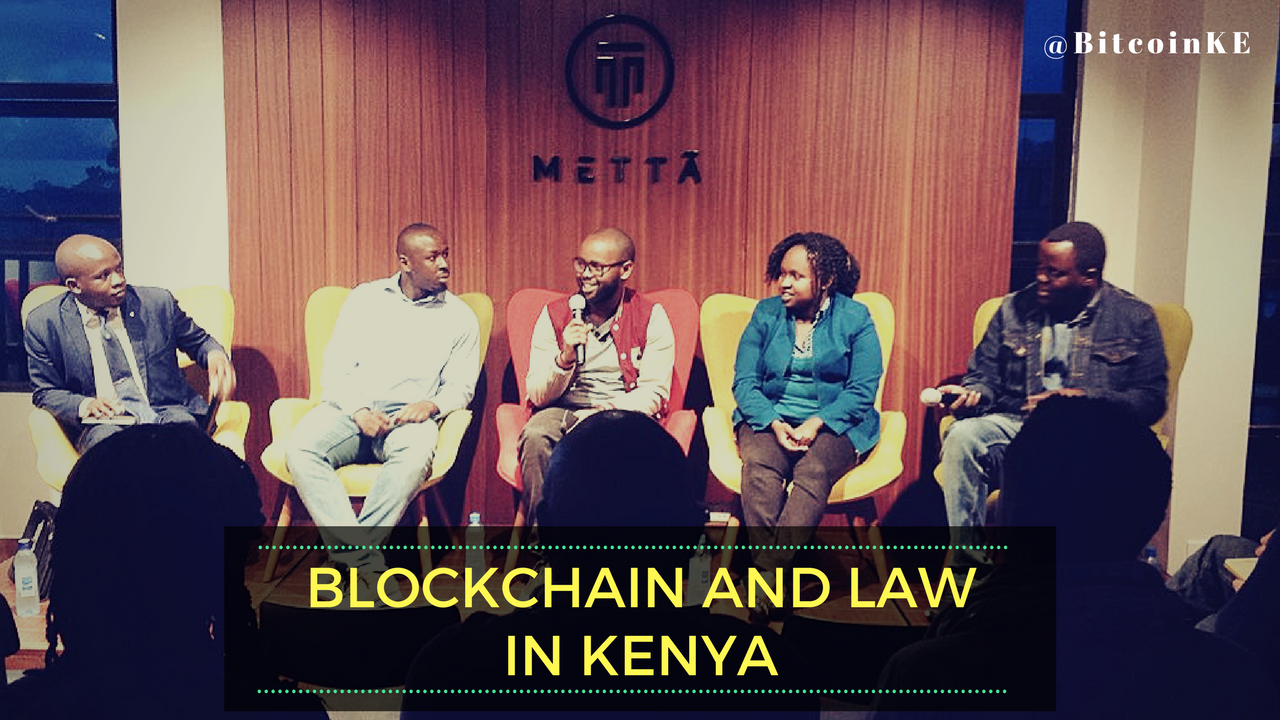 Technology will always supersede the law, and when it comes to the blockchain technology, this has never been further from the truth. The ‘Blockchain and Law’ meetup, organized by Moringa School helped attendees understand where we stand when it comes to regulation in the space in Kenya. According to a report released by CitiGroup sometime in 2017, Kenya is among the top 5 countries with the highest cryptocurrency investments per GDP. The rate of crypto investment in the country is staggering which has recently gotten the attention of media and regulators in Kenya.

Despite the Central Bank of Kenya Governer coming up and showing a lack of support for cryptocurrencies, this has not dampened the interest in the space. We’re seeing more people willing to invest in digital currencies locally.

Going by the CitiGroup report, approximately 3 percent of the Kenyan economy is held up in cryptocurrencies.

The Blockchain Law in Kenya Currently, there is no clear law that regulates the blockchain and cryptocurrencies like Bitcoin in Kenya. When it comes to raising money from ICOs and accepting cryptocurrencies as a form of payment, there are still a lot of gaps legally which pretty much makes the landscape a free-playing ground.

As a result, there are still a lot of concerns over ICO and blockchain investments which pretty much do not provide security or a guarantee that your investment will be safe. However, despite these concerns, there has been a shift towards self-regulation by most blockchains.

According to Mic Kimani, current blockchains now incorporate governance chains and constitutions to ensure investments are protected. One of the examples he mentioned was the EOS blockchain which includes a constitution that protects the community and helps resolve internal disputes. Many other blockchains have similar or related approaches to arbitration.

Regulation in the blockchain and crypto space in Kenya is coming. The establishment of the Kenya Blockchain Taskforce and the slow interest in the space by the CBK and the Capital Markets Authority (CMA) is a sure sign that we can expect some form of regulation soon.

In the meantime, the players in the industry are free to innovate and find use cases for the technology.

This event was organized by Moringa School, a world-class coding and software development accelerator, based in Nairobi, Kenya.