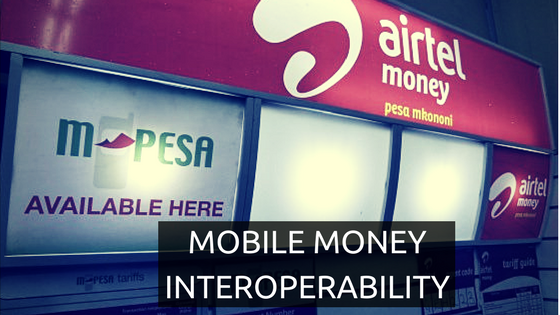 The seamless mobile money transactions between Airtel and Safaricom which begins next week is good news to the crypto community in Kenya. At the moment, Safaricom does not allow cryptocurrency exchanges on its network, but this could soon change with the new interoperability betwen the telcos.

One of the most disappointing moments in the crypto history of Kenya was when Safaricom decided to shut down the BitPesa crypto mobile exchange platform. For a long time, BitPesa had been the gateway to buying and selling of cryptos on the Kenyan market. Some would even argue that the mobile exchange paved the way for wide adoption and acceptance of cryptos in Kenya.

The BitPesa-Safaricom saga received widespread media attention with Safaricom explaining the shutdown as resulting from a lack of KYC compliance. BitPesa however argued it out in court but dropped the case after a lack of support from the Central Bank of Kenya (CBK). You can read the full story here.

Just like BitPesa, Kipochi, another Bitcoin Blockchain company, got its MPesa link cut off. According to Kipochi founder, Pelle Braendgaard, the gag orders had come from Vodafone in London after they got wind that bitcoin adoption in Kenya was high. You can read the full story here.

Years later, the rules of the game have changed and the new interoperability agreement could now see BitPesa or Kipochi-like counterparts and entrants into the space come up through Airtel or T-Kash.

The success of BitPesa while operating on the Safaricom platform can largely be attributed to Kenya’s high affinity to technology, especially mobile money. Kenyans are used to trading and transacting via MPesa. As a result, it was not difficult to understand and accept the concept of cryptocurrencies. These new developments could also be a game changer for the giant telco. Competition from its Airtel counterpart could result in Safaricom reviewing its stand on cryptocurrencies like Bitcoin and possibly re-enabling crypto exchanges like BitPesa on its MPesa platform. The Telcom new mobile money service, T-Kash, is expected to join in on the interoperability at a later date.

Airtel, on the other hand, would definitely be looking to leverage the new interoperability agreement and onboard as many subscribers and users onto its mobile money platform as possible in order to close the 80% dominance that Safaricom currently enjoys in the mobile money space.

It would be exciting to see how these new developments play out in the coming few weeks. One thing is for sure though – crypto exchanges would be looking to leverage the now ‘crypto friendly mobile ecosystem’ playing ground and make inroads into the market.

We shall be monitoring the space and providing updates on new developments as they unfold.