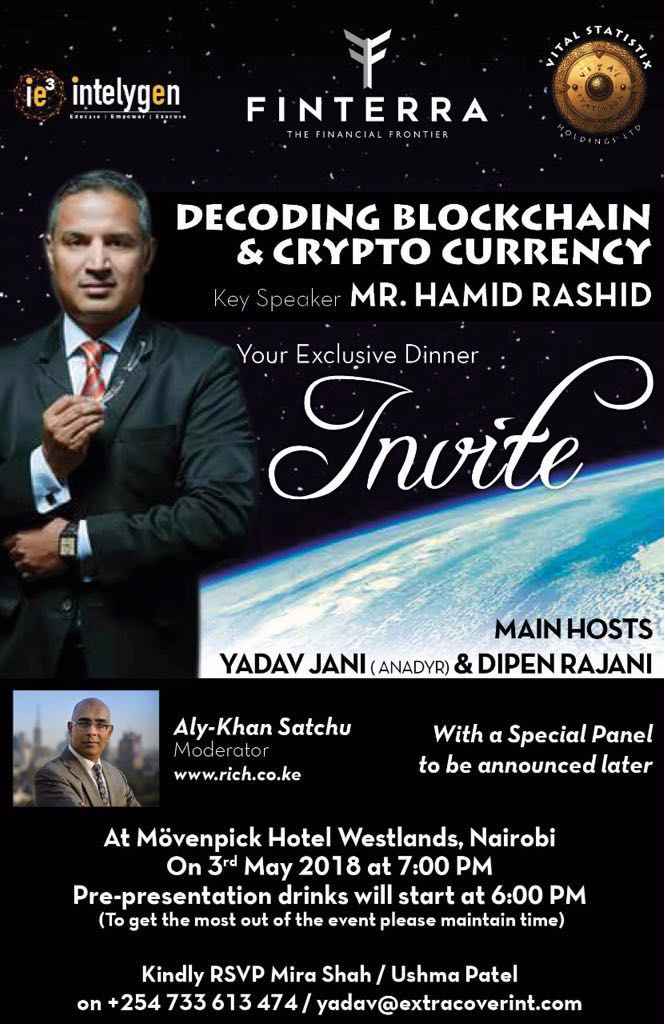 After a successful launch and endorsements from the World Bank, the Bank of Malaysia and the Dubai Government, the Finterra Blockchain is in full swing to becoming the preferred Blockchain for Islamic lands and states.

Finterra was one of the companies featured during the recently concluded World Blockchain Summit 2018 in Nairobi, Kenya. The exclusive dinner is planned for May 3rd, 2018 and will help invited guests and attendees get a better grasp of the Finterra Blockchain.

The event will also include a panel discussion moderated by Aly Khan with the panelists to be announced soon.

The planned event is part of a campaign to bring more awareness to the Finterra Blockchain and will act as an investment opportunity for guests and attendees looking to get started in the blockchain space.