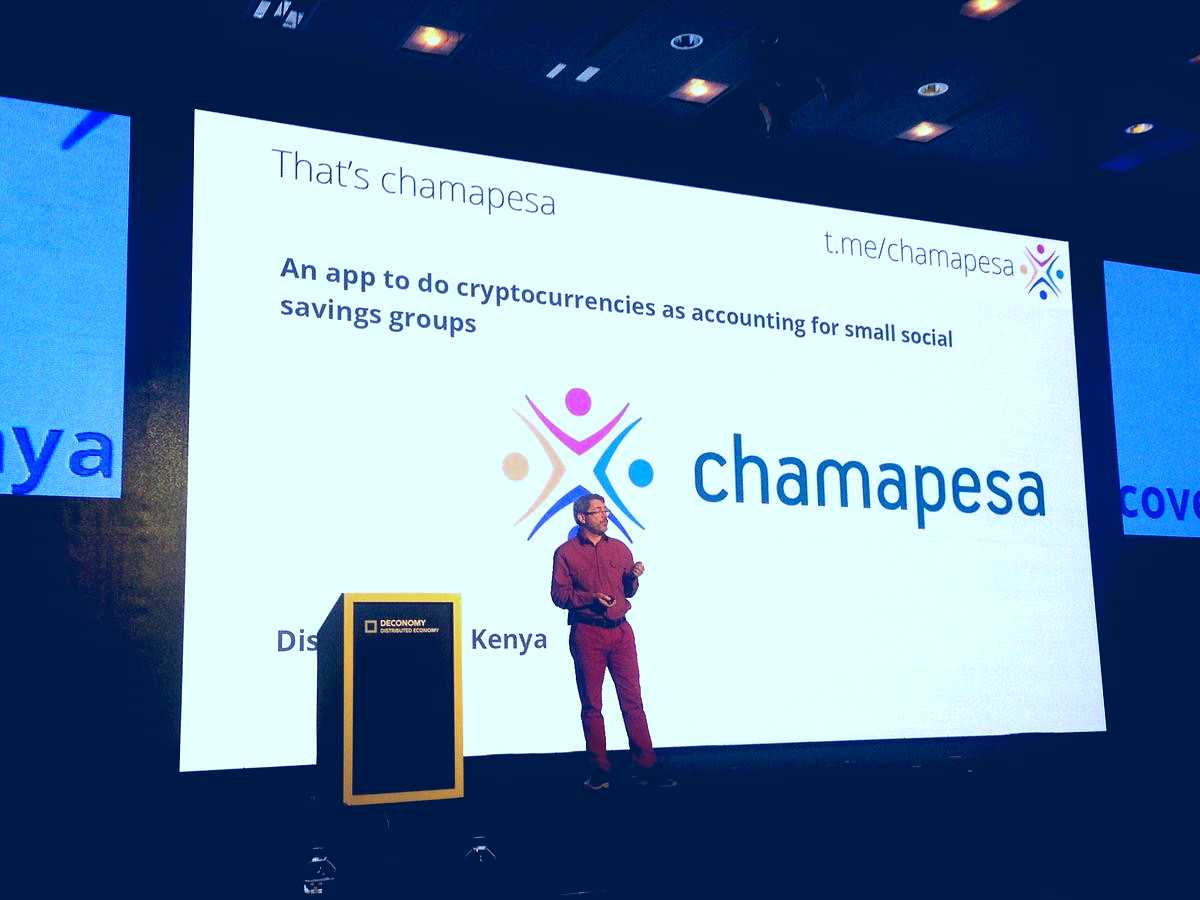 Ian Grigg, co-founder, ChamaPesa, talking about the ChamaPesa app built on the Blockchain.

Comparative advantage is a 17-minute film about the close to 1 million chamas and social savings groups of Kenya and how one startup, Chamapesa, is using blockchain technology to empower hundreds of thousands of such groups in Africa, starting with Kenya.

The film, shot mostly in Kenya, captures the incredible story of chamas in Kenya and the buzzing blockchain millennials of Nairobi who are weaving together local culture with the emerging world of blockchain and cryptocurrencies.

The film is produced by Tomer Kantor and Proof of Work Media for the Chamapesa project.

Not many people know this, but Tomer Kantor and Proof of Work Media held the first ever bitcoin meetup in Kenya, Nairobi in 2013 at pete’s Coffee Shop on Ngong Road. Tomer documented the early Bitcoin and blockchain scene in Nairobi, in February 2013, planting the seeds of what would 5 years later sprout into an active community.

If you don’t believe me, here’s a picture of the meetup back in the day.

5 years later, Tomer and Proof of Work Media were back, only this time they came home to a passionate community of over 100,000 cryptocurrency adopters in Kenya. This trip back was on invitation of Michael Kimani and the Chamapesa team to witness just how much had changed since he was first here in 2013.

Together with the Blockchain Association of Kenya, the team held 4 blockchain meetup events over February and March.

Chamapesa is a startup co-founded by Michael Kimani, Ian Grigg and Ken Griffith that is building a social and economic network for the savings groups of Africa using elements of blockchain technology. The team believes this indigenous social savings groups culture that is common across African countries holds great potential. By digitizing their cooperative activities, record keeping and self governance and connecting them on a social network designed for groups, all sorts of magic can occur. Chamas can begin to support each other, collaborate, transact with each other, do business together, invest in the economy of Africa or even merge into larger organic super chama groups.

Join the team on Friday 22nd, at Metta Nairobi for a fun evening of networking and thought provoking activities on the potential of chamas in achieving our aspirations. This event will be moderated by the lovely Olivia Monura.

A Report by Michael Kimani