[VIDEO] Community Currencies in Action – How Sarafu Credit is Used in Nairobi, Kawangware 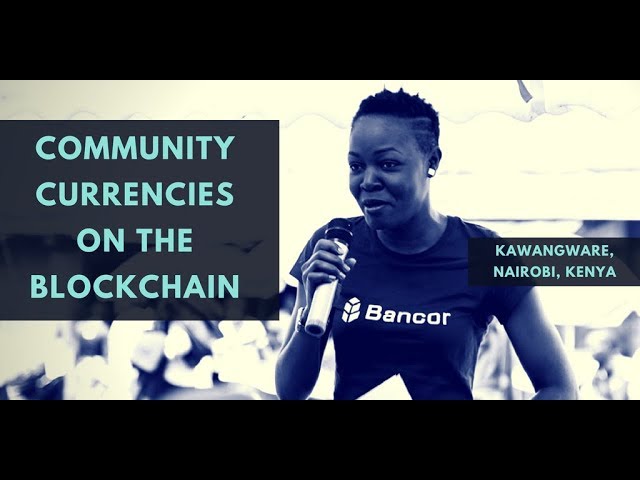 Grassroots Economics Foundation has been transforming communities in Kenya’s informal settlements with Sarafu Credit, a voucher that boosts their liquidity.

This past week in Kawangware, a low-income community in Nairobi, Kenya, several businessmen and women using Sarafu Credit received rewards from Grassroots Economics for their trade volumes using the voucher every day and the number of people purchasing from their businesses.

“Sarafu Credit is an umbrella over lots of community currencies. So in Kwangware, we have enabled a group of businesses to create their own currency we call Gatina-Pesa. […] The promotional event at Kawangware was for people to understand how Sarafu credit works, its benefits, and to use it more,” said Grassroots Economics founder and Director of community currencies at Bancor, Will Ruddick.

With time, Grassroots Economics will increase the reward for those with high trade volumes of Sarafu Credit to include cash prices in excess of Sh10,000, extensive business training, and the stocking of goods in their businesses.

The History of Community Currencies

Community currencies go as far back as World War I and World War II where communities used them to protect themselves from economic instability.

“For the past 6000 years, communities have issued, managed and circulated their own
currencies. […] Community currency systems are community organized and managed systems of exchanging locally produced goods and services using an interest-free currency whose circulation is limited to a particular geographic area defined by the community,” a paper by Stephen DeMeulenaere states.

Community currencies were also used during the Great Depression in 1929 where American communities issued their own currencies to help them recover and meet their basic needs.

In Kawangware, Sarafu Credit has been issued to people running shops, charcoal kiosks, vegetable kiosks, boda boda, and butcheries enabling them to trade with each other when someone does not have enough Kenyan shillings.

Community volunteer at Grassroots Economic Caroline Oiye explained: “If you want to buy sukumawiki for Sh30, you can take your Sarafu Credit voucher worth Sh20 and your Sh10 to your local mama mboga that accepts this voucher.”

“In return, the mama mboga can use the Sh20 Sarafu Credit voucher in the local shop and use it to top up her maize flour purchase. […] The community has to keep circulating the Sarafu Credit and use it at least once a day,” she added.

Sarafu Credit comes in the form of a printed voucher worth Sh10, Sh20, and so forth. The vouchers were first dropped in the Kawangware community via an airdrop and continuous circulation to happen, the community has to continuously give and receive.

According to Caroline, the whole process requires constant monitoring from the Grassroots Economics side where they track the use of Sarafu Credit while training the community on how to use it.

Keziah Tisi, a shopkeeper at Kawangware, and one of the award recipients, told BitcoinKE that Sarafu Credit helps restock her shop from a supplier who accepts the voucher and that it also helps her buy food.

“I would like to see the voucher being used in other businesses such as supermarkets, salons, and by matatus,” she stated adding that the certificate and voucher award she received from Grassroots Economics has given her the morale to keep using Sarafu Credit.

Another beneficiary of the initiative was Protus who said using Sarafu Credit in his bodaboda business has helped him receive more customers. In addition, he said more businesses in Kawangware should register to receive Sarafu Credit so that they can benefit individually and boost the local economy.

Grassroots Economics in partnership with Bancor plans to shift Sarafu Credit to a digital platform where communities can use it via their mobile phones. Ruddick said the first blockchain-based community currency feasibility test will take place in Bangladesh Slum in Mombasa next week before testing it in the other communities such as Kawangware and Kibera. According to Ruddick, the test will record the first tomatoes sold by mama mboga on the blockchain.

“What we want to do is enable communities to create their own currencies digitally and connect them with the other community currencies so that they can have more liquidity and trade more with each other,” Ruddick said.

“We want to give mama mboga the ability to create a voucher or a blockchain token that represents her vegetables and lets her trade her vegetables and token on a market among all these other currencies. So it is a decentralized bottom-up version of an economy.”

The decentralized digital platform, called the Sarafu Network, will not only allow communities to create their own tokens but also enable individuals to do the same. On this platform, anyone without blockchain programming knowledge will be able to create a token connected to a certain purpose.

The Grassroots Economics initiative to introduce community currencies in Kenya is clearly making an impact in low-income communities. In fact, the implementation of those currencies has drawn the attention of Mercedes from Argentina, a researcher who wants to learn how community currencies work so that she can execute the same concept in South America.