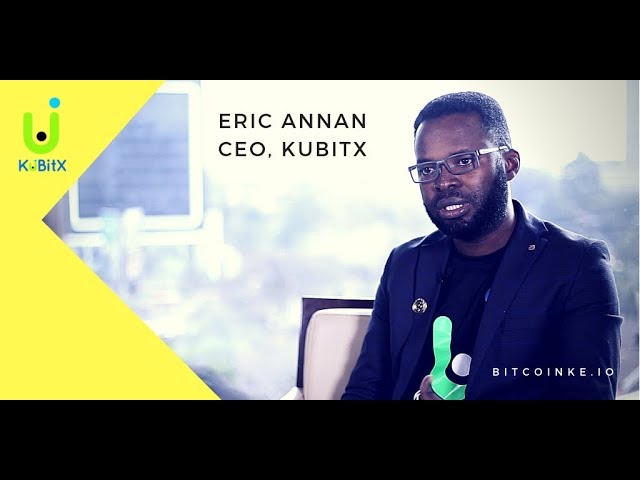 KuBitX is an exchange that is looking to change the entire African landscape. The company recently launched the exchange in Nairobi, Kenya.

We sat down with the CEO of KuBitX, Eric Annan, to discuss the vision behind the exchange, his experience and the vision that drove him to set up the exchange.

Only 4% of Exchanges in Africa

Quoting a research study conducted by Cambridge University, Eric revealed that despite only 4 percent of exchanges being in Africa, the continent comes second in crypto adoption.

This disconnect is one of the reasons behind the existence of KuBitX. In order to drive adoption, education will be a key component in KuBitX’s mission.

Over 10 Million Transactions Per Second

KuBitX is looking to raise the bar when it comes to exchange speeds, security, and compliance.

“We have built an exchange that will do 10 million plus transactions per second. Most exchanges are built on C++ or .Net. Our exchange uses the latest programming language developed by Google called Golang and is going to be one of the most compliant exchange.”

The exchange also includes a tax system and is the first exchange to build an Anti-Market Manipulation Tool (AML) that prevents pump and dump, which is common in the crypto space.

Modulus, the company that developed the exchange is also a board advisor in KuBitX, which uniquely positions the company in terms of technical capabilities.

There’s no doubt KuBitX mission is noble. The company’s efforts in education across Africa which is needed in order to see mass adoption across the continent.

[WATCH] ‘We are Positioning Zambia as a Destination with Progressive Regulatory Frameworks,’ Says CEO, BongoHive