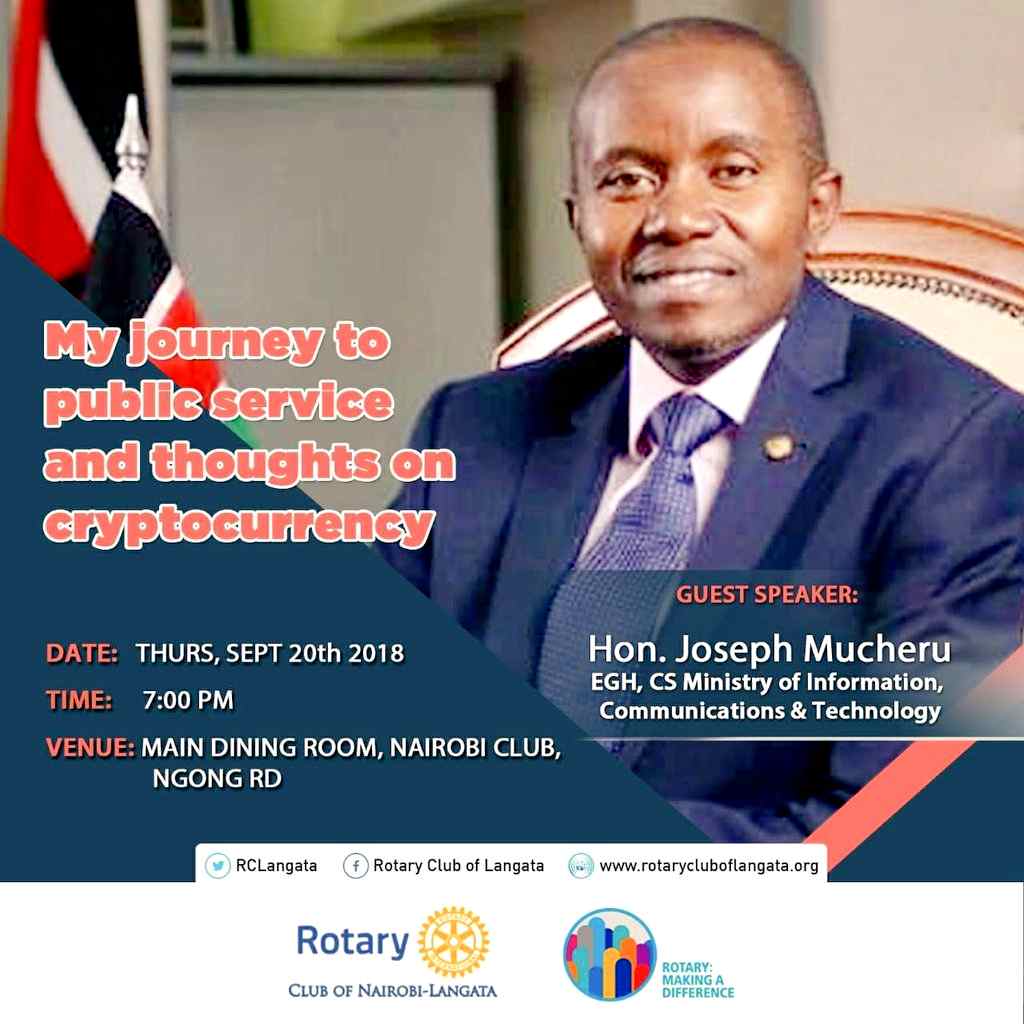 The cabinet secretary of ICT, Joe Mucheru, is never shy of advocating for newer and disruptive technologies like blockchain and cryptocurrencies.

During a speech at the Rotary Club of Lang’ata, Mucheru raised a number of issues and pointed to exciting opportunities that Kenya has to offer to those willing to think differently.

Cryptocurrencies offer a huge opportunity and one of these areas is in the creation of African digital assets that enable investments to come to the continent.

Part of discussion included the mention of creating local digital assets such as a digital Kenyan shilling, a Wakanda Coin as it were, to enable more effective digital transactions.

The CS also touched on the work that the blockchain taskforce is undertaking and the interesting proposals that have been offered related to the creation of a local cryptocurrency and the other projects running on the blockchain.

[VIDEO WALKTHROUGH] How to Earn Crypto from Your Tweets

According to Mucheru, blockchain will be the underlying technology that will power the ‘single source of truth’ that the government is already setting up to enable access to government services by every citizen. This identification system will also allow private and public companies such as banks and lenders to offer more efficient services.

You can check out the full video here: http://bit.ly/JoeMucheruRCLangata