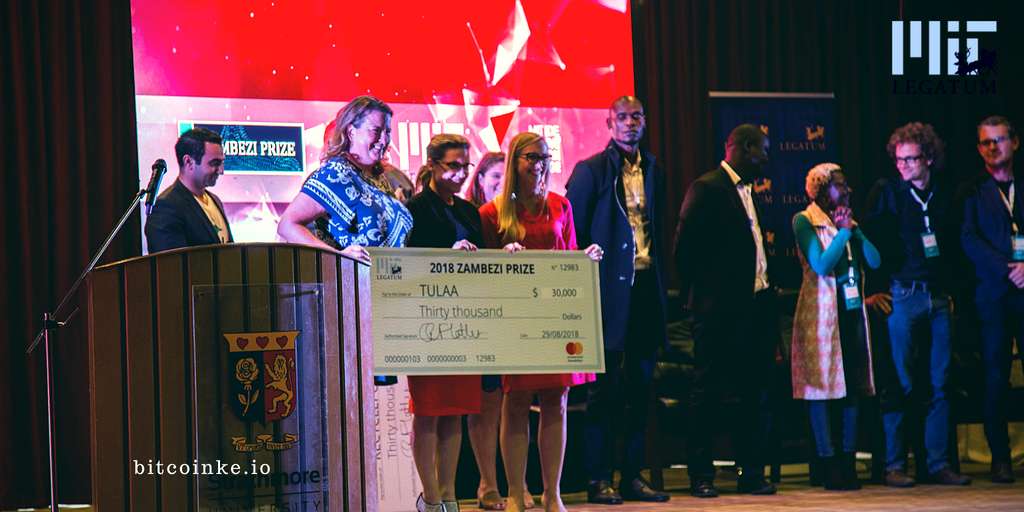 Kenyan agri-tech startup Tulaa has won the $30,000 Zambezi Prize for Innovation in Financial Inclusion after it emerged among the top three finalists. South Africa’s Wala won the grand prize of $100,000 while the runners-up Tulaa and Nigeria’s RecyclePoints won $30,000 each.

Tulaa is a mobile commerce platform that eliminates the barriers farmers encounter such as access to credit. Earlier in August this year, Tulaa received $627,000 in seed funding which it will use to scale its operations in East Africa.

The finalists were awarded during the 2018 MIT Open Mic Africa Summit held in Strathmore University, Nairobi this week.

Both Wala and Tulaa are founded by women.

The Legatum Centre for Development and Entrepreneurship at the Massachusetts Institute of Technology (MIT) in partnership with the Mastercard Foundation organized the Zambezi Prize which looks for Africa’s innovative early-stage startups that are facilitating financial inclusion.

The award, which had 500 applicants in Africa, had ten finalists among them Kenyan startups Apollo Agriculture, Bidhaa Sasa, and FarmDrive that received $5,000 each.

“Innovators like Wala and the other Zambezi finalists are vital to driving a more inclusive prosperity. We are excited to work with them,” said Georgina Campbell Flatter, the Executive Director of the MIT Legatum Center.

Ann Miles, Director of Thought Leadership and Innovation at the Mastercard Foundation, said:

“We are immensely proud to support the Zambezi Prize. It shines a bright light on the creativity and talent of Africa’s young people, and the thinking they bring to financial inclusion. This is making real differences in the lives of poor people on the continent.”

The top three finalists will attend the Zambezi boot camp during the MIT Inclusive Innovation Challenge (IIC) gala in Boston, from 5th to 9th November 2018, and they will also be fast-tracked to the IIC global competition where the winner will receive $1 million in funding.