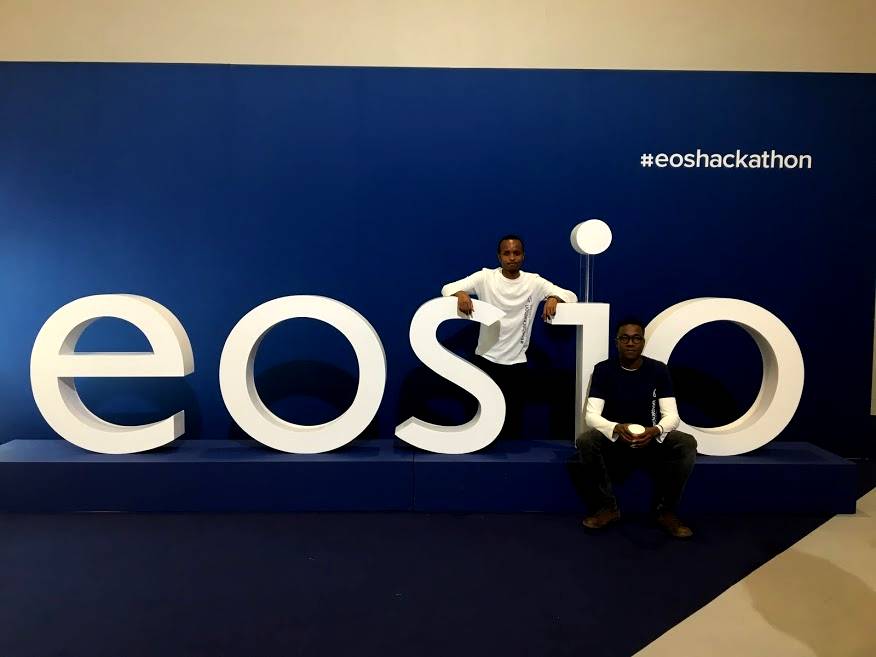 AfriConnect, one of the Kenyan teams represented at the Global EOS Hackathon, poses for a photo in Cape Town

After months of organization and preparation, the EOSIO grand finale finally took place in Cape Town, South Africa, and with it, three African teams presented before a team of seasoned EOSIO judges.

BitKE, in partnership with EOS Nairobi, helped incubate and train the 3 teams to get them ready for the hackathon.

A Brief of the EOS Global Hackathon

There were 18 teams that participated in the global hackathon.

The incubation week was intense with numerous talks from Industry experts and mentors to help clarify on business modelling and pitch practise. The projects were differentiated from each other each uniquely solving problems from Healthcare,last-mile delivery, Energy trading platform, agriculture, financial services and security.

Africonnect, the first team from Africa, represented by two Kenyans, Mitchel Kilonye and Kefa Mutuma, was well suited and among the strong teams during the hackathon with a Dapp to open up global markets for cash crop small-holder farmers in Africa.

Building on blockchain would bring transparency and trustworthiness across the supply chain something lacking in Africa and all transactions would be governed by smart contracts removing the need for middlemen. Most experts agreed that they see mass adoption of blockchain technology in Africa and Kenya is well positioned to be the leader in the space.

Ubuntu Energy Ledger, the other African team, offered an energy marketplace guaranteed by the blockchain. By connecting energy hosts to investors, users can get access to power, and through a blockchain app, investors can monitor energy consumption and earn loyalty from their investment.

M-PESA Founder On Loans: This is Not What I Wanted

However, GENEOS from London took the winning prize of $500,000 with a compelling presentation combining Human genome sequencing and blockchain.

The model allows for the tokenization of genome data and whenever a researcher uses the data, they have to pay. Today they pay genetics companies directly and the individual gets missed out.

The most compelling attribute is that you could receive passive income whenever your genome data is used regardless of which part of the world you lived in hence increasing the universal basic income.

All in all, it was great to have Kenya, and by extension Africa, represented at one of the largest blockchain hackathons globally.