99.3% of Bank Accounts in Kenya have Less than Kshs. 1M, Says CBK Governor 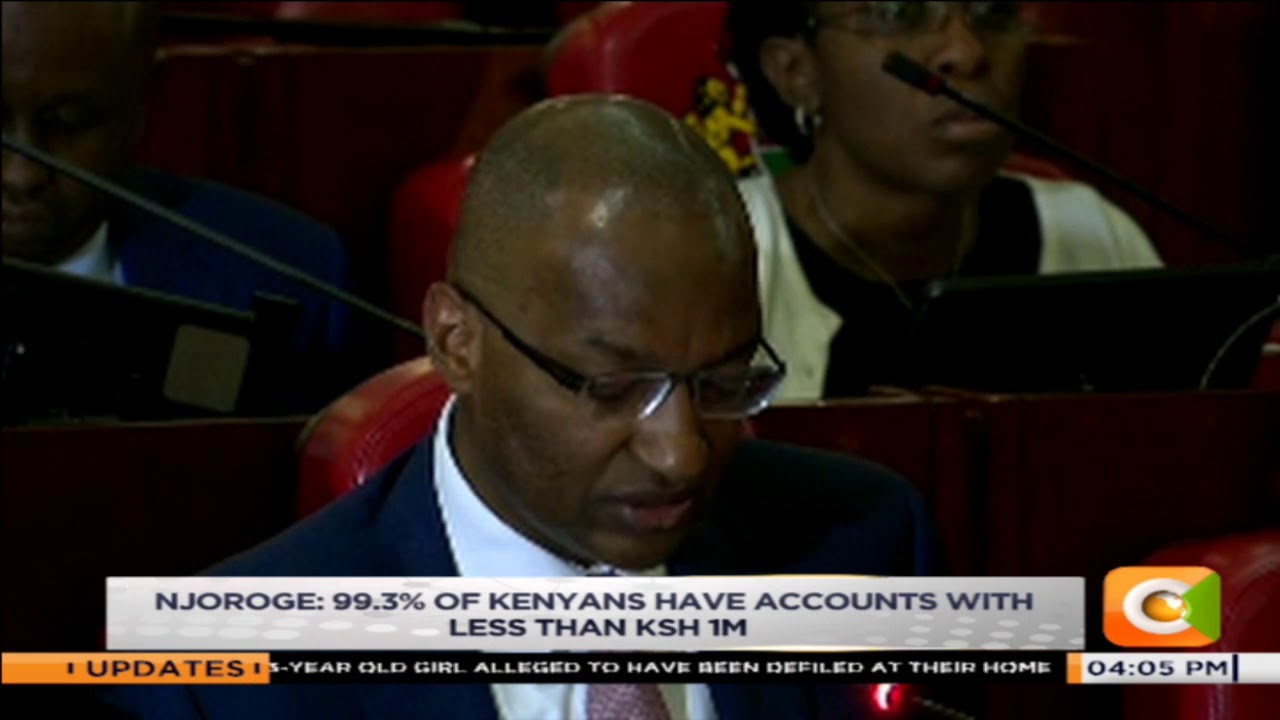 The Central Bank of Kenya (CBK) Governor, Patrick Njoroge, has said that 99.3 percent of bank accounts in Kenya have deposits of less than Kshs. 1 million.

This means that only 0.7 percent of all bank accounts in Kenya have Kshs. 1 million and above. This equates to approximately 350, 000 Kenyans only who have over a million shillings in bank savings.

There have been some proposed suggestions as to why this figure is shockingly low. These include:

Mr. Njoroge was speaking before the parliamentary committee on finance and planning to argue against the proposed amendment on over-the-counter regulations that demand explanations for withdrawals and deposits above Kshs. 1 million ($10, 000).

CBK has argued that the proposed amendments will work against international regulations on AML, Kenya will be less attractive to investments, impaired understanding of terrorism financing, the risk of money laundering would go up, and the possibility of being unplugged from the international financial system.