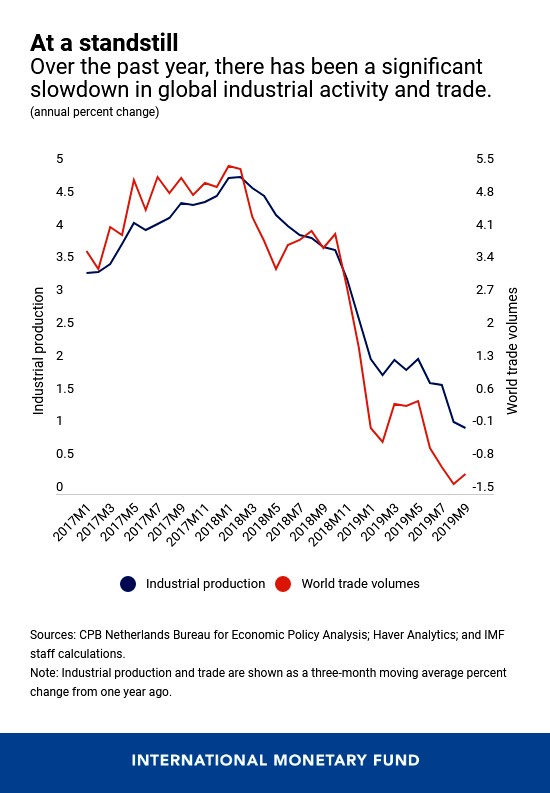 2019 has seen reduced economic growth across the globe having recorded the weakest growth pace since the 2009 financial crisis.

Rising trade barriers, pressures from emerging markets, and geopolitical tensions across the globe have all affected the global economy in one way or another.

Increasingly, firms cut down on long-range spending and global purchases due to tighter wallets with global trade almost coming to a standstill during 2019. As a result, we saw large central banks, especially the US Federal Reserve, The European Central Bank, and other large emerging market central banks, cut interest rates to restart asset purchases. The informal economy, which is economic activity that falls outside the regulated economy and tax system, such as street vending and unregulated transport industry that is hard to measure, was largest in Sub-Saharan Africa (SSA). While this informal economy has continued to fall over the last 2 decades, it remains large in the region despite reforms to reduce informality.

Informal economy in SSA currently stands at 34% of GDP compared with 9% of GDP in North America. In order to improve the situation and create an environment where the formal sector will thrive while creating opportunities for the informal sector, policymakers in SSA, which accounts for 46 our of the total 54 African countries will need to do the following: