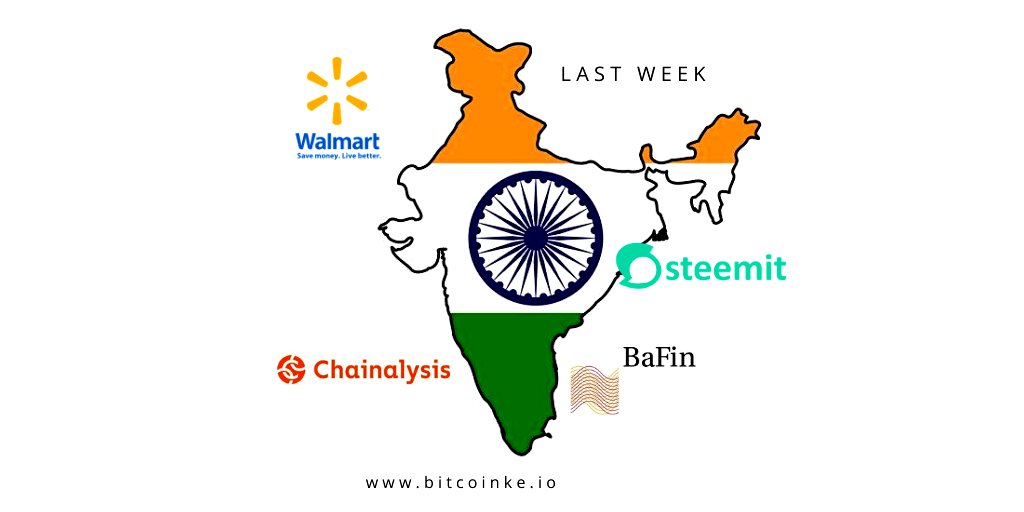 As the crypto markets face another bloody week, the blockchain space has not all been bad news. Corporations continued to show interest in blockchain while governments took a positive stance in their crypto outlook.

Last week, a monumental decision by the Supreme Court of India which saw the Reserve Bank of India’s (RBI) controversial ban on banks’ dealings with crypto-related firms overturned had the entire industry excited. India’s central bank, RBI, had imposed a blanket ban on banks’ dealings with crypto businesses back in April 2018, which came into effect in July of that year. The controversial judgment nullifying the controversial banking ban however is expected to be appealed despite an upcoming Indian parliament draft bill seeking to ban crypto in the 2019 winter session.

Last week, the Steem blockchain reportedly experienced a troubling episode recently, whereby the blockchain’s entire governance system was disturbed. Tron founder Justin Sun, new owner of the Steemit social network based on the Steem token, appears to have successfully executed a takeover of Steem by leveraging not only tokens directly controlled, but also tokens held on several major exchanges, in order to vote out the previous delegates (Steem uses a delegated proof-of-stake system) and install new ones. This has raised a new exchange vulnerability for proof-of-stake protocols where exchanges can collude for a takeover, as the Steem blockchain episode has clearly shown.

The German financial watchdog (BaFin), last week, issued a new summary leaflet detailing how cryptocurrencies are treated under newly enacted laws for 2020. Businesses dealing with cryptocurrencies are now considered financial services providers under Germany’s Banking Act, and are required to obtain BaFin’s authorization.  Security tokens are not considered as securities within the German Securities Deposit Act. However, if they are transferable and tradable, they are regulated by EU Prospectus Regulation on the matter. However, businesses not licensed to store generic securities may be able to do so for security tokens, under specific circumstances.

Last week, Chainalysis, which offers cryptocurrency investigation and compliance solutions to global law enforcement agencies, regulators, and businesses, revealed that over $1 trillion worth of cryptocurrency transactions took place in 2019 with only 1.1% of them being illicit. This sheds new light into the diminishing illicit crypto transactions on a percentage basis, implying that the industry today is much healthier than in the early days when much of the volume was driven by darknet markets. According to Chainalysis, not only have the exchanges implemented more sophisticated cybersecurity measures, but the industry-wide cooperation and coordination with the various law-enforcement agencies helps secure the entire ecosystem.