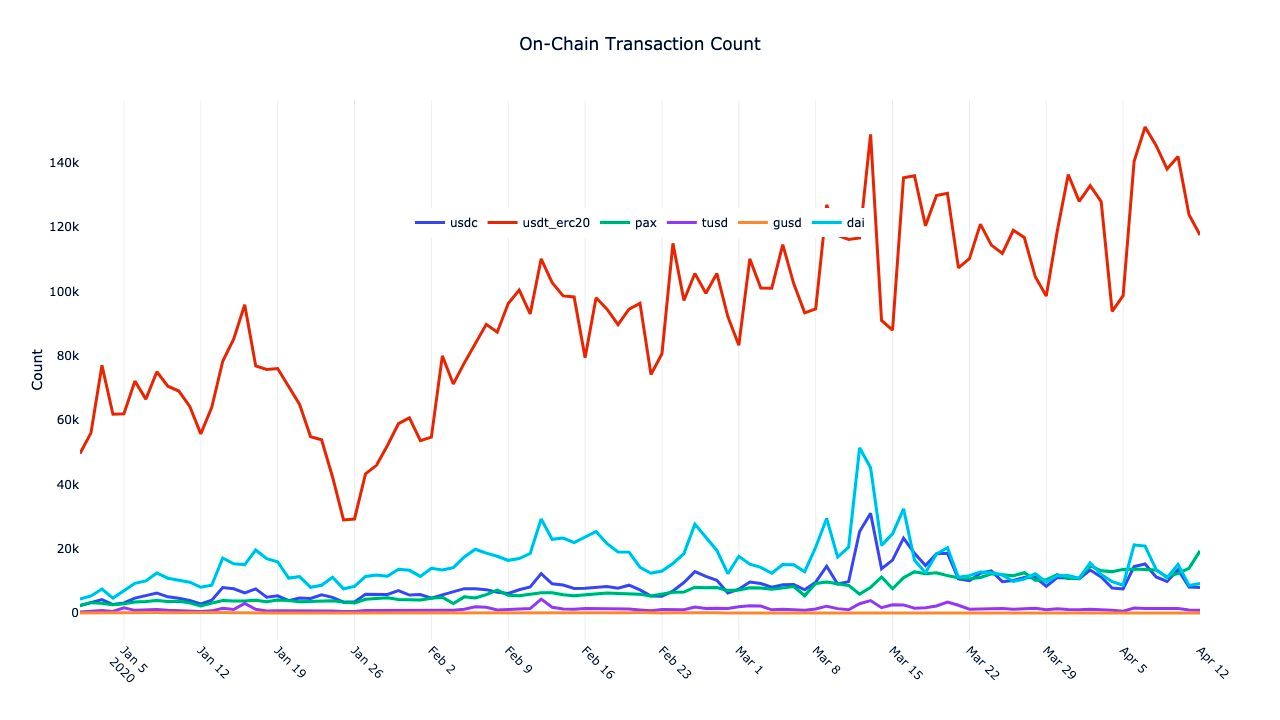 A new study has revealed that the on-chain activity for stablecoins has increased 800% in the last 12 months.

The stablecoin market cap currently stands at $6.7B as of April 2020.

SEE ALSO: The Global Financial Stability Board Puts Out a Consultative Document Addressing Regulation and Oversight of Global Stablecoins While Tether continues to be the most used stablecoin in 2020, the entire market is expanding rapidly, according to the study.

Here are highlights from the study: Here is a breakdown of the average daily on-chain volume of ETH stablecoins below:

$PAX started the year with ~4K daily transactions but has averaged well over ~10K transactions in the last 30 days! An unrelated study by Messari supports this.

The rise of $USDT and stablecoins on Ethereum:

In an email to BitcoinKE, Token Analysts shows the following stats for this week:

Based on these stats the report makes the conclusion that on average, people were buying ETH by selling USDT this week.