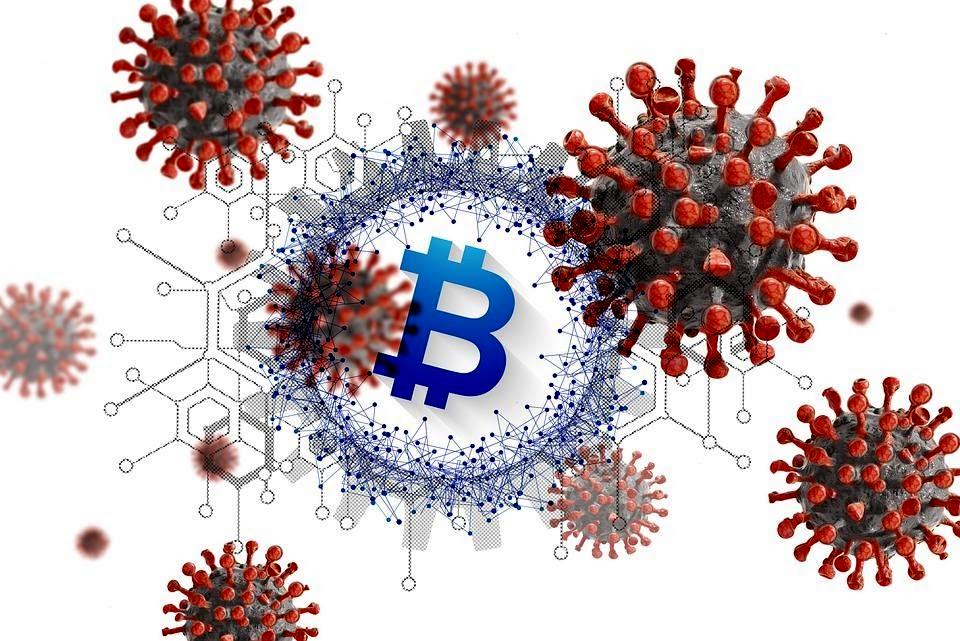 Amidst uncertain markets and a global pandemic- bitcoin may come out on top.

In December of 2019, a mysterious virus began to take hold of the Wuhan province in China. By January, the entire world felt the chill as COVID-19 was declared to be a dangerous pandemic, and countries began to implement shelter-in-place guidelines to their citizens.

As consumers were suddenly unable to consume, or some even to work – markets everywhere were crippled. By the end of February, historical powerhouses like the Dow Jones and S&P began to topple. Closing at bear market values that hadn’t been seen in years.

Everything, including “safe haven” stocks, such as gold and bitcoin, felt the tension.

Which came as a surprise to many investors, who had begun to look at bitcoin as a hedge against recession. However, as the months soldiered on, bitcoin has started to regain its value and once again perch comfortably amidst the values investors are used to seeing.

In fact, bitcoin trading and exchange sites, like the user-focused Bitvavo, have been noticing increasing interaction as well.

So if bitcoin isn’t a hedge against a recession- what is it?

How Coronavirus Has Affected Trading

COVID-19 has not only affected the way that everyday people interact with their immediate economies but has brought the global supply chain into stark focus. It has made historically stable markets wildly volatile, turbid waters that bitcoin investors are pros at navigating.

Toward the end of February, massive sell-offs in a panicked liquidity crunch saw even gold performing similarly to the S&P. Which serves to undermine the idea of safe-havens all together. However, some investors contend that bitcoin is acting as the hedge that it was always meant to be.

Which isn’t necessarily protection against a global recession, but instead acting as an alternative to dastardly inflated fiat and a growing distrust in centralized banking. Which is becoming more and more apparent each day. The US has rolled out a $2 trillion stimulus, with unlimited quantitative easing, threatening a resurgence of rampant deflation a la 2012.

Countries like Morocco, Venezuela, and Argentina seem to confirm this theory, as bitcoin adoption in these countries that are suffering both political and economic instability in the wake of COVID-19, has soared.

Giving further credence to the idea that bitcoin offers a realistic borderless payment system that could easily protect individuals from the devastating financial burden that quantitative easing could bring.

Seeing the continued adoption of the coin worldwide, amidst an economy that doesn’t really lend itself to frivolous investing, seems to solidify the idea that there is a mounting distrust of centralized fiat systems. But this idea is nothing new.

Many countries, pre-novel coronavirus conditions, were looking at creating their own cryptocurrencies and stablecoins, based on a country-specific cryptocurrency. In fact, the US Fed continues to push the idea of FedCoin, a fed-issued digital currency.

In hopes of gaining some renewed trust with Americans through the transparency that blockchain offers and as Federal Reserve Governor Lael Brainard posits “digitization has the potential to deliver greater value and convenience at a lower cost.” Which has many bitcoin investors deeply rolling their eyes, as the statement echoes sentiments that they’ve had for years.

Global charities are supporting cryptocurrency adoption as more hope to accept digital currencies at this time. The reasoning being that the world is in dire need of niche economic support, and charities can’t afford to hand out large percentages of donated funds to cover costly and all too common transaction fees when getting money to the appropriate areas.

Continued Adoption May Not Mean Stability

As more of these highly publicized and readily recognizable authorities on money continue to play with the idea of digital currency adoption, bitcoin investors and cryptocurrency aficionados see the potential for growing adoption across the board. Which means that the best time to invest could already be here.

But, don’t expect crypto markets to suddenly stabilize overnight. Perhaps the most exciting part of investing in cryptocurrencies like bitcoin is their inherent volatility.

As markets have been seen to routinely recover following bear markets, these massive swings in price create a pocket for new and excited investors, while still allowing those with aging portfolios to see gains.

Continued adoption may mean more market interaction, once again changing up crypto investment strategies. Where HODL was once King, with new users ushered in the door each day, the market floor may become a far more dynamic place. Which could serve to only further promote short term gains of crypto dinosaurs like bitcoin.

EXPLAINER: The Pros and Cons of Investing in Index Funds

EXPLAINER: A Look at Money Market Funds as an Option for the Risk-Averse Short-Term Investor in Kenya