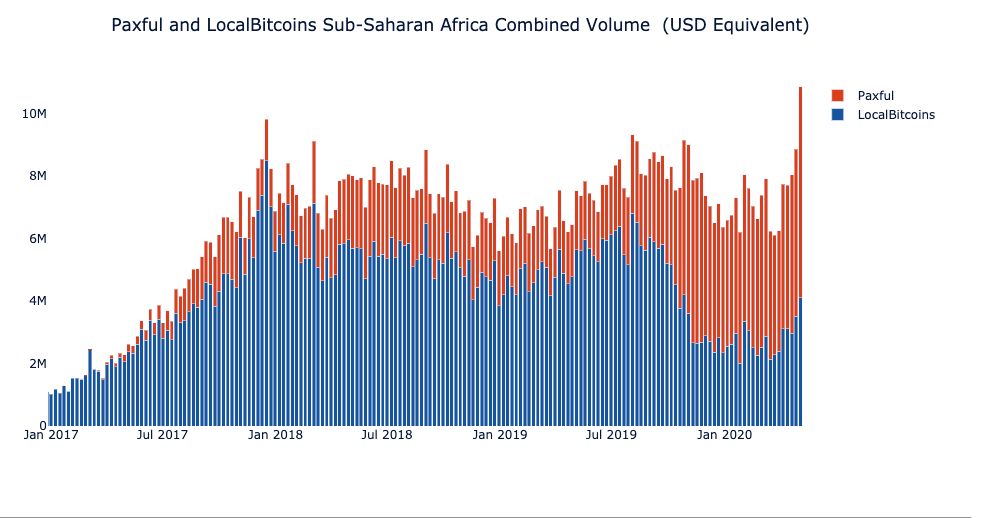 The new record numbers can be seen by evaluating transaction volumes on LocalBitcoins and Paxful P2P bitcoin trading platforms.

Nigeria in particular has seen a shift in bitcoin trades. Just a few months ago, bitcoin was trading at a discount. As of now, it is at a premium as shown below. The CEO of Paxful, Ray Youssef, has also said that the exchange trade volumes are up by over 20%, with record breaking new user signups coming from:

Another BlockBuster week on @Paxful. Trade volume up over 20%+ and record breaking new user signups! Ghana 🇬🇭 Nigeria 🇳🇬 and Pakistan 🇵🇰 are leading the way! #bitcoin recent upswing will soon have another wave based on real human demand! #p2pfinance

According to one analyst, these new figures may well have put Africa over Latin America as the epicenter of utility Bitcoin usage globally.

Another analyst has opined:

It will be interesting to see how things turn out as the 2020 bitcoin halving gets closer now just days away.