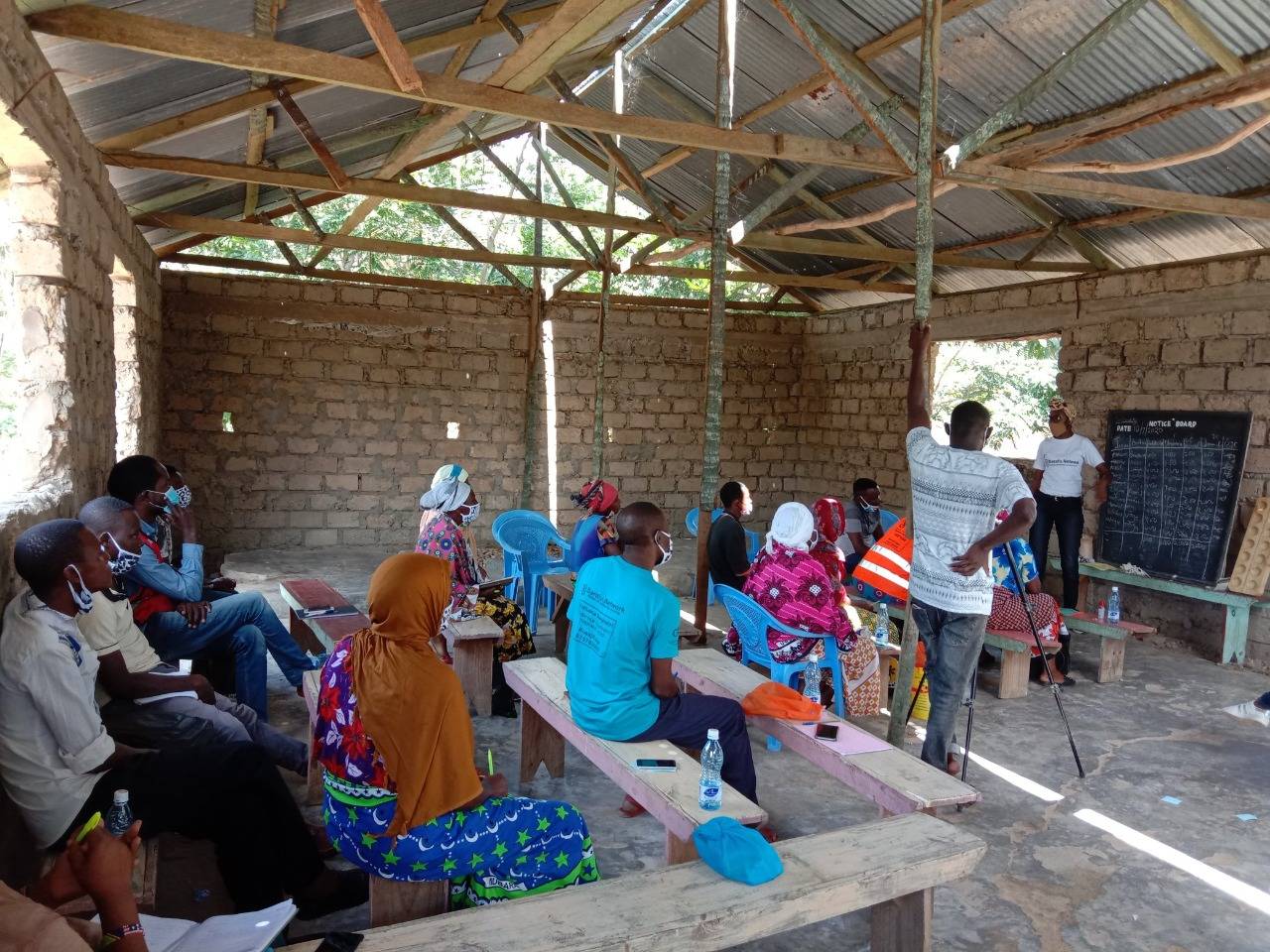 Grassroots Economics, the organization behind the Sarafu blockchain-based community currencies, recently did a video on what it takes to train and get the currency adopted in a rural community in Kenya.

The video shows how Grassroots trains users of the community currencies and the core concepts on how bonding curves works.

The video simulates one week worth of trade in the community and how to calculate balances using beans as props.

The community commits to back each token created by accepting it in future as payment. For every amount that is commitment, there is an equivalent number of tokens that are created.

The video also demos a board representing a blockchain contract. All the committed Kenya Shillings are stored as stablecoins in DAI. People put in their collateral (represented as beans) and mint additional Sarafu and vice versa. The exercise helps them understand how to cash in and cash out on the blockchain.

The demo beautifully shows diminishing returns when you pull out your investment and the incentive to basically buy things locally using Sarafu rather than pull out.

Each community can create their constitution, name their own token, define goals of the tokens, how much you get for community projects, product commitments, and how much Sarafu to bootstrap the initial project.

The by-laws also include dispute mitigation and would also involve the local chief before the tokens are created on the blockchain.

Donors and sponsors are able to come in and support the communities by adding to the DAI reserve fund and distribute those tokens to the community in a very transparent manner based on needs in the community.

Ultimately the efforts of Grassroots Economics all hinge on whether or not people trust and use these currencies. Countless cryptocurrencies can be minted using blockchain, but few have built up an infrastructure that anchors them to national currencies, community groups, and the experiences of everyday people. Ultimately, people do not borrow or trade simply out of lack. They do so to continue circulating real forms of value, some of which cannot be reduced to goods and services.

The video is a classic demo on how to practically train and teach what its like to use blockchain and the kind of commitment needed to make such an ecosystem work.