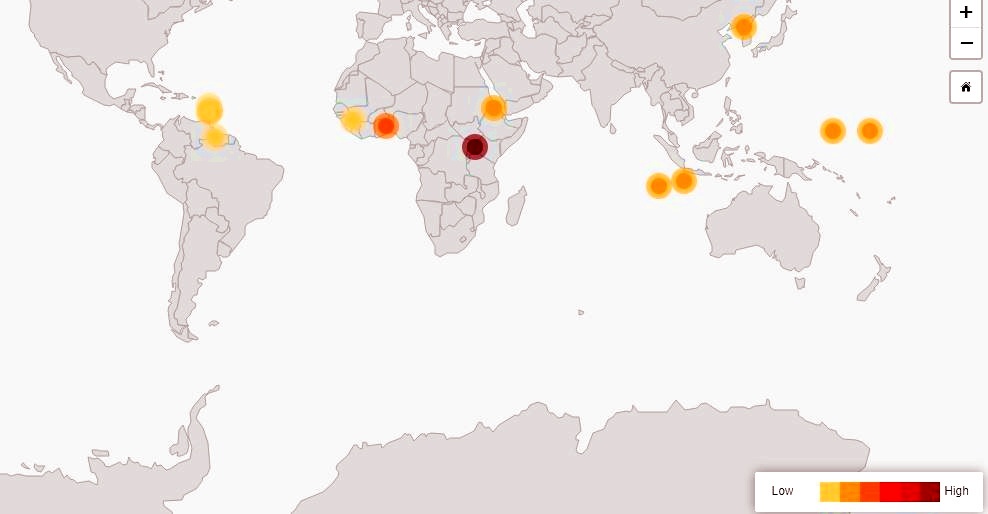 Uganda is in the midst of a nationwide Internet blackout on the eve of elections which take place on January 14, 2021.

According to NetBlocks, a tool that monitors internet performance and service reachability, Internet access in Uganda has dropped to just 18%.

SEE ALSO: We are Funding an Initiative Around an Open Decentralized Standard for Social Media, Says Twitter CEO

and a number of link shortening services.

Another report by Oracle also seem to indicate a massive drop in Traceroute completion – a network tool that shows the route taken by IP network packets and used for diagnosing network problems.

Another report further breaks down regions with most severe outage, most notably major urban regions below:

In total, nearly all of Uganda’s 17.5 million internet subscribers have been shut off from the Internet.

Internet shut-downs and other gagging activities by African governments during a crisis are not uncommon. The recent #EndSARS campaign and the Nigerian government’s attempt to stop the demonstrations showed just how powerful decentralized ecosystems and services can play a role during such crisis moments.

While the banning of the U.S. President’s social media accounts has gotten the most attention in the last few days, the happenings in Uganda continue to reinforce the need for an open decentralized Internet free of censorship and control.