How Bitcoin Became the Currency of the Internet 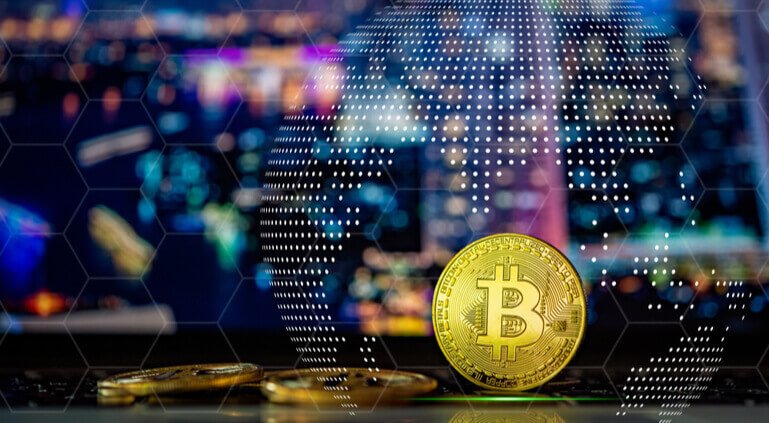 Bitcoin today is definitely going mainstream, and it is recognized as the currency of the Internet. It might come as a surprise that only a decade ago, no one knew what Bitcoin was, and no one could have predicted that cryptocurrencies will become a viable means of transferring funds online.

If you’re wondering how Bitcoin became a top-performing asset and the cryptocurrency of the Internet, keep reading. We cover everything you need to know here.

Satoshi Nakamoto, which is the anonymous creator of Bitcoin, developed the blockchain technology, which is essentially the payment system for BTC and the cryptocurrency itself as a decentralized payment option that is globally accessible to anyone and can be used to confidentially make transactions online.

As a matter of fact, Nakamoto explained in the white paper’ Bitcoin: A Peer-to-Peer Electronic Cash System ‘ that the blockchain technology would be peer-to-peer based, which means each computer system that is part of the network works as its own server and has the authority to process BTC transactions.

This further made Bitcoin accessible to a range of audiences around the world that normally don’t have the funds to make transactions traditionally, and that being said, the transaction fees are very low while the time required to process one block of transactions is about 10 minutes.

Moreover, because this cryptocurrency exists only digitally and it is not under the control of any authorities, the inflation rate as well its supply is regulated by the blockchain protocols that impact the difficulty of the mining, which is the process that generates new BTC and validates the BTC transactions as well as Bitcoin halving which cuts in half the available supply of BTC and the block reward.

The popularity of Bitcoin was further fueled by online trading platforms where users were able to invest in BTC regardless of their location.

You will be able to learn more about the main features of each platform, as well as the options they offer and the fees they charge their users. It’s also worth mentioning that a lot of trading sites are implementing auto trading solutions in order to offer users an option to automate their trades and make trading accessible to a greater audience.

One of the major factors that helped with the mainstream adoption of Bitcoin is the support of businesses, nonprofit organizations as well as governments that make online trading easier for both institutional and individual investors.

However, accepting BTC payments by famous and small businesses regardless if they are part of the online sector or a brick-and-mortar business has certainly improved the accessibility of Bitcoin and supported its growth.

Some of the famous brands that supported Bitcoin’s mission are Microsoft, Shopify, Tesla, Overstock, Etsy, Burger King, Subway, and nonprofit organizations are The Water Project, Wikipedia, Save the Children, and many others.

Today Bitcoin is worth over $60,000 and has a market cap of over $1 trillion. A lot of celebrities, including famous brands that we mentioned, are supporting Bitcoin and are accepting payments made in BTC, which means that also other cryptocurrencies are gaining traction, and we see mainstream adoption of altcoins on a large scale.

In the future, we think that Bitcoin will still remain as one of the top cryptocurrencies due to its very restricted supply of 21 million BTC, the design of the blockchain network, and its high value.

RECOMMENDED READING: Bitcoin was the Best Investment of the Decade, Says Bank of America Securities Report