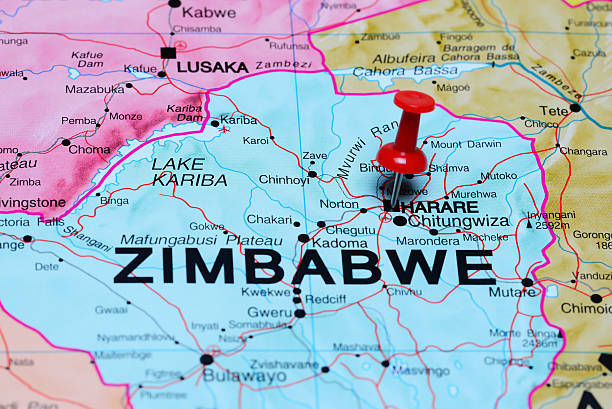 Photo of pinned Harare on a map of Africa. May be used as illustration for traveling theme.

The Government of Zimbabwe is in consultation with various private sector players to try and gather views from various sectors in order to eventually formulate policies on cryptocurrencies.

Speaking at a Computer Society of Zimbabwe (CSZ) summit, the Permanent Secretary and Head of e-Government Technology Unit in the Office of the President, Brigadier General Charles Wekwete, said consultations with the private sector are underway.

His comments come after CSZ members asked what the government is doing in regards to adopting cryptocurrencies.

SEE ALSO: [WATCH] Zimbabwe Has the Most Bitcoin HODLERS in Africa, Says LocalBitcoins

“Governments are still trying to understand and properly trying to create policies on how to deal with it. In our case, initially we were trying to understand their implication because they are a fundamental departure from previously known financial instruments and there are a lot of features about cross-border movement of funds, money laundering, externalization of funds and illicit flow of funds to fund illicit issues.

So government has put in place a mechanism to try and gather views fro various sectors of society in order to eventually formulate policies. There have been pronouncements by the Minister of Finance and the Reserve Bank of Zimbabwe and it’s such a complex area.

Sooner or later, the government will make statements but we have not gotten there yet. The consultative process is already underway.”

– Permanent Secretary & Head of e-Government, Office of the President, Zimbabwe

Wekwete invited private sector players who have ideas on how best to handle the issue to make presentations to government.

The Zimbabwe Minister of finance, Mthuli Ncube, recently visited DMCC Crypto Centre in Dubai, a UAE facility that says it is building the largest ecosystem for cryptographic, blockchain, and distributed ledger technologies in that country.

Ncube has been one of the leading ministers in talking up cryptocurrencies. His comments are appreciated as an indication of his openness to the possibilities that crypto and blockchains present.