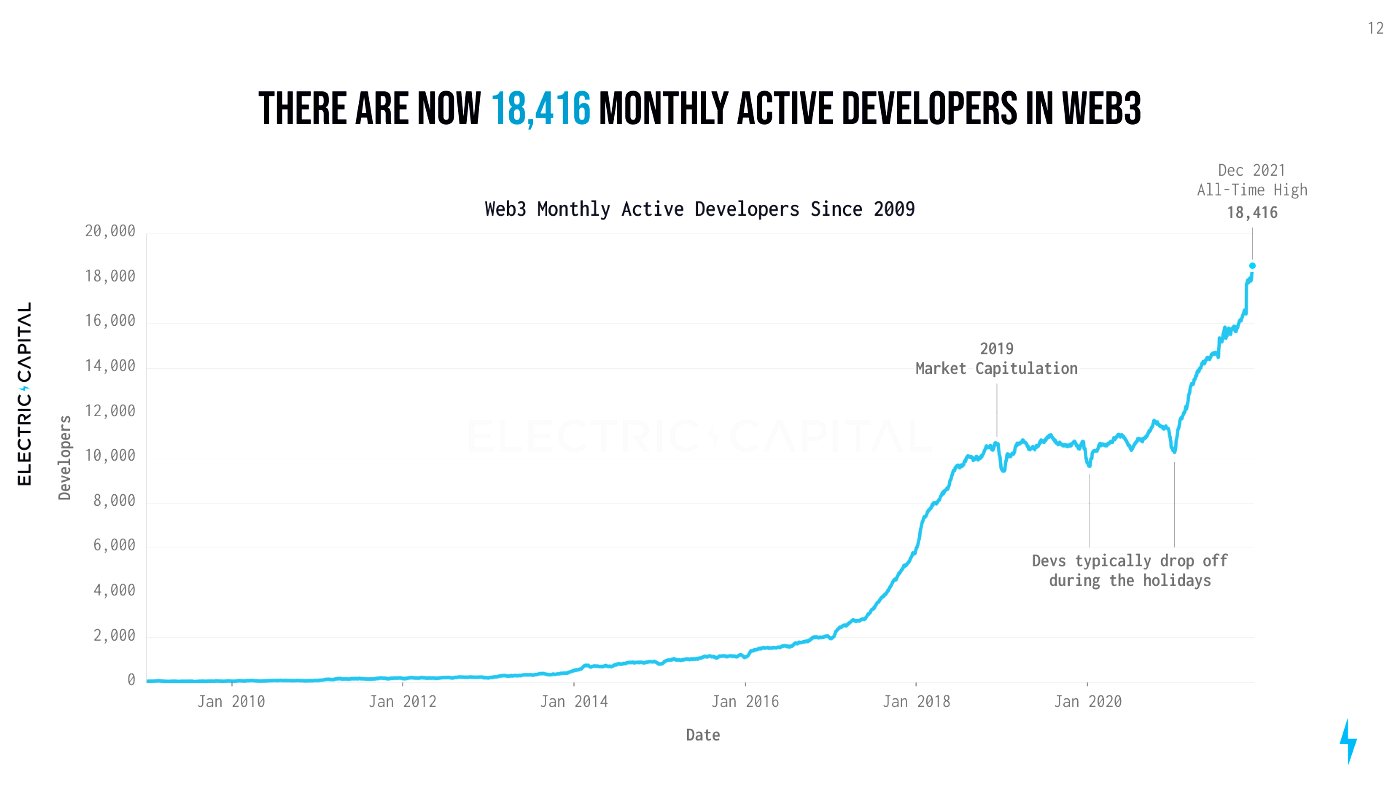 As debate over Web3 and Web2 continues in the tech community, a new report has revealed that projects in Web3 have continued to attract developer talent.

After looking at about 500K code repositories and 160 million commits, the report by Electric Capital has determined that the number of active developers on web 3 hit an all time high of 18,416 in December 2021.

Some interesting stats from the report on web 3 development growth:

Other than Etherum and Bitcoin, more ecosystems are garnering developer attention. The following ecosystems have at least 250 monthly active developers:

Insights on ecosystem growth include:

Furthermore, about 2,500 developers are found to be working on DeFi projects – where over $100 billion is locked in smart contracts. Out of this less than 1000 devs are working full time.

In terms of dev talent, DeFi was found to have grown +76%, – with over 500 new developers committing code to a DeFi project every month in 2021 except for January 2021.