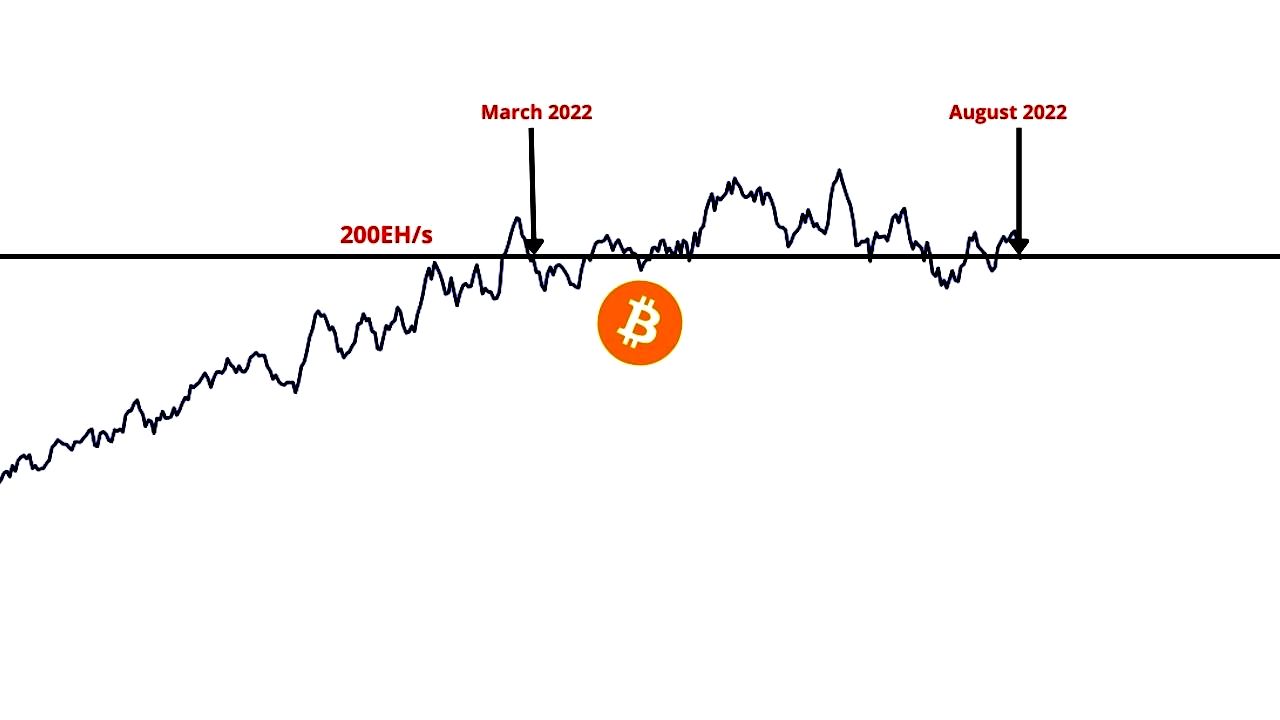 Bitcoin’s hashrate keeps hovering around 200 EH/s, close to the same levels observed in March 2022 – five months ago, according to a new analysis.

The analysis attributed hashrate constancy to the weak bitcoin price which has disincentivized miners from expanding capacity while supply chain issues have made hashrate expansion challenging as there is a considerable lack of data center capacity to plug in the machines.

The analysis by Arcane Research shows that while most mining analysts expected the hashrate to reach around 300 EH/s by the end of 2022, it will likely end the year somewhere between 230 and 250 EH/s.

According to the analysis, ‘the remaining growth during the year will be due to public miners like Marathon, Core Scientific, and Riot having massive expansion plans in Q3 and Q4 2022.’

SEE ALSO: Bitcoin Transaction Fees Drop Under $1 for the First Time in 2 Years

The research also determined that 7-day average figure active adresses is going back to normal levels since the all time low of 834K which was reported in mid-June 2022. The latest research points to 928K active addresses in mid-August 2022.

The selling pressure as the crypto market crashed between May and June 2022 saw more than 240,000 BTC being dumped by institutions and hodlers as they were forced to sell. Out of this, ‘even die-hard hodling public miners were among those who were forced to dump thousands of bitcoin to fire sale prices.’

However, according to Arcane Research, the selling pressure from the public miners has since weakened, as they ‘only’ sold 6,200 BTC in July 2022, less than half the amount they sold the previous month.

Nonetheless July 2022 was still the second-highest BTC selling month in 2022 for the public miners, indicating that they are still in a difficult financial position.