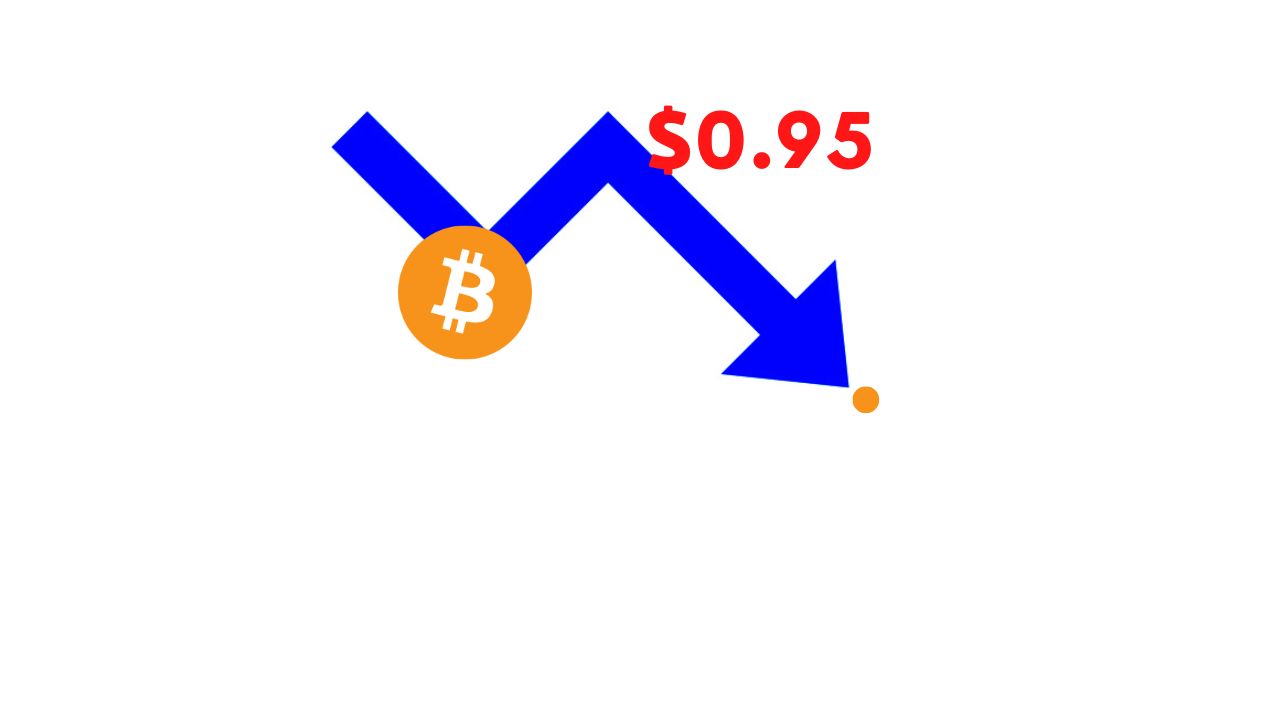 Transaction fees on the Bitcoin blockchain have dropped below $1 for the first time in 2 years, says YCharts, a site that aggregates data from several exchanges to give an average value.

As you can see from the chart above, transaction fees have been trending downwards since around March 2022 despite spikes from time to time. However, the latest figure at the time of writing indicates an average transaction fee of $0.92.

Bitcoin users must pay a transaction fee in order to use the blockchain and transfer cryptocurrency from one address to another. The bitcoin blockchain, which runs on a Proof-of-Work model, is already considered the most expensive blockchain in the world.

Fees are paid to miners who provide the computing resources that confirm transactions made by users to the blockchain in a process called mining, hence miners. The bitcoin system is set up so that this confirmation process does away with the need for a third-party.

As such, when many users require their transactions to be confirmed on the network, the demand for mining activity increases, a situation which can drive up transaction fees as miners now accept transactions offering the most returns.

Bitcoin, like its counterpart Ethereum, has been introducing changes and upgrades to increase efficiency on the platform and lower transaction costs. These include:

The most recent upgrade was the Taproot improvement which was unveiled in November 2021 and was expected to lower transaction costs on the network.

The lightning network is another attempt to address the cost problem for bitcoin. This is a layer 2 solution that lives on top of the bitcoin blockchain. It utilizes Bitcoin’s base layer and protocol to abstract small transactions between users away from the Bitcoin blockchain.

The current downturn in the crypto market is also seen as a contributor to the lower fees.

RECOMMENDED READING: [EXPLAINER] All You Need to Know About The Bitcoin Taproot Upgrade